Greenbrier Companies Inc (NYSE: GBX) stock fell 9.86% on 8th January, 2020 (Source: Google finance) after the company missed fiscal 2020 first-quarter profit expectations but beat on revenue, provided an upbeat full-year outlook and raised its dividend. Net income for the quarter to Nov. 30 fell to $7.7 million from $18 million, in the year-ago period. Operating inefficiencies and component supply issues had led to lost production days and reduced production at one of the newly-acquired ARI facilities. Therefore, a higher proportion of quarterly railcar deliveries originated from the 50/50 joint venture at GIMSA in Mexico, which has impacted the company’s net earnings. 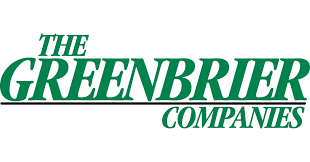 Greenbrier has raised its quarterly dividend to 27 cents a share from 25 cents, and the new dividend will be payable Feb. 18 to shareholders of record on Jan. 28.

For fiscal 2020, the company expects adjusted EPS to be in the range of $2.60 to $3.00, surrounding the FactSet consensus of $2.81, while revenue is expected to be about $3.5 billion, which is above the expectations of $3.42 billion. For fiscal 2020, Greenbrier expects deliveries to be in the range of 26,000 – 28,000 units including Greenbrier-Maxion (Brazil) (which will account for approximately 2,000 units). The company is continuing with the remedial actions at Greenbrier Rail Services including Repair, and anticipates that these operations to improve through the year 2020.

Meanwhile, in Brazil, there has been the return of significant railcar demand due to rail privatization, concession renewals, highway congestion and government policies. Brazil’s backlog and orders have increased significantly in recent weeks due to the multiyear railcar order. The South American railcar market is better positioned in 2020 than at any time since Greenbrier first entered that market in 2015.