Hudson Ltd (NYSE: HUD) stock fell 5.30% on June 18th, 2020 and continued the pressure on June 19th, 2020 falling over 5.9% (as of 10:43 am GMT-4 ; Source: Google finance) after the company reported a net loss attributable to the company of $77.2 million, compared to a loss of $5.8 million, the year earlier. Due to Covid-19 pandemic in April, the TSA passenger volumes fell down by 95% year-over-year, leading to the closure of more than 700 of the stores temporarily. The company has taken a number of significant actions to reduce expenses, that includes instituting salary reductions for corporate team members and our field leadership, reducing operating expenses and capital spend to minimal levels, and very tightly managing inventory. The company began working with the landlords to secure rent waivers and deferrals in order to better align the cash outflow with the significantly reduced sales levels. Currently, the company has reopened over 100 stores with plans for additional reopening’s each week at an accelerated pace. 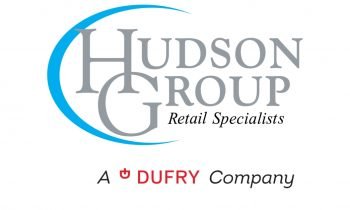 Moreover, the company generated the cash flow from operating activities for the first quarter of $24.9 million compared to $111.2 million in the prior year period. The cash flow used in investing activities increased to $19.4 million in the first quarter from $18.8 million in 2019, mainly on back of higher capital expenditures in information technology. The company had $225.6 million available cash balance and net debt to adjusted EBITDA leverage of 1.7 times.

HUD in the first quarter of FY 20 has reported the adjusted loss per share of 28 cents, beating the analysts’ estimates for the adjusted loss per share of 36 cents.  The turnover in the first quarter had fallen 23.3% to $341.5 million compared to the first quarter of 2019. Organic net sales, which are a combination of like-for-like sales and net new business had fallen by 24.2%. Like-for-like sales fell by 22.4% on a constant currency basis. The like-for-like sales in the duty-paid business fell by 19.4%, while the duty-free business fell 31.1%. Gross margin contracted to 62.5% compared to 63.8% in the prior year first quarter due to an additional inventory allowance of $4.7 million or slow moving and obsolete items driven by the extended store closures. This expense fell by 51.3% to $13.5 million, due to lower variable rent based on decline in sales and the rent waivers of $3.3 million received from numerous airports and commuter terminals associated with the waived rent payments that are mainly due for March 2020. Adjusted EBITDA fell by $43.1 million year-over-year to a negative $5.4 million.