KB Home (NYSE: KBH) stock lost over 12.6% on 25th June, 2020 (as of 10:46 am GMT-4 ; Source: Google finance) after the company posted bad results for the second quarter of FY 20 and significant drop in the orders. The company has reported second-quarter net income of $52 million compared to $47.5 million, in the year-ago period. Gross orders fell 4% in March, 59% in April, and 42% in May, as customers cancelled orders due to the pandemic. For May, the decline in gross orders moderated as the government restrictions began to ease in the latter part of the month and the company started to gradually resume more normalized operations. Overall, the company’s orders for the second quarter fell to 1,758 from 4,064 a year earlier while the analysts surveyed by Bloomberg were expecting 3,450. Among the markets with the largest impact to the Company’s second quarter net orders were the Inland Empire and Bay Area in California; Las Vegas, Nevada; Houston, Texas; and Orlando, Florida. Further, the Company’s cancellation rate as a percentage of gross orders rose 43% during the second quarter from 15%, mainly due to the Company’s proactive efforts to assure a backlog of qualified homebuyers amid the unprecedented nationwide economic and employment disruptions driven by the pandemic. The cancellation rates for March, April and May were 20%, 114% and 34%, respectively. The Company’s ending backlog comprised of 5,080 homes, compared to 5,927 homes. Ending backlog value were of total $1.90 billion, compared to $2.17 billion. 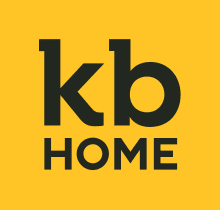 However, the conditions have started to improve as the state and local governments relaxing “stay-at-home” and similar public health mandates that were implemented in response to the pandemic. Subsequent to the end of the quarter, the Company’s business rebounded significantly. The gross orders for the first three weeks of June 2020 rose 4% year over year while net orders rose 2%. On a sequential basis, gross orders for the first three weeks of June grew 22% and net orders rose 48%, compared to the immediately preceding three weeks. The Company’s cancellation rate for this period also returned closer to a more normalized level of 21%, which is nearly even with the year-earlier period.