Kinder Morgan Inc (NYSE: KMI) stock fell over 1.5% on 23rd April, 2020 (as of 11:02 am GMT-4; Source: Google finance) as the company has reported a net loss attributable of US$306 million in the first quarter ended March 31, compared to a profit of US$556 million, a year earlier. The company posted distributable cash flow (DCF) of $1,261 million, which reflects an 8 percent decline over the first quarter of 2019. The net loss is on back of $950 million of non-cash impairments of assets and goodwill related with certain oil and gas producing assets in KMI’s CO2 segment due to the recent sharp decline in crude oil prices. At the end of March, 2020, the company had over $3.9 billion of borrowing capacity under our credit facility. 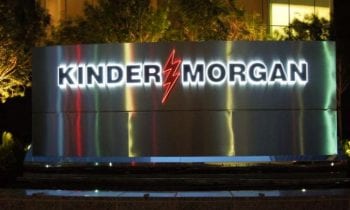 Meanwhile, the company has cut its 2020 capital expenditure by about US$700 million, or nearly 30per cent from its previous estimate, after many of its peers. Oil and gas pipeline and storage companies in the United States and Canada have cut their budgets for the year as their customers cut down on drilling activity, which got affected by dwindling demand and a price war between Saudi Arabia and Russia sending crude to its lowest in decades. These actions more than offset the reduction in DCF and are anticipated to result in an improvement in DCF less expansion capital expenditures of approximately $200 million compared to budget.

KMI has declared a cash dividend of $0.2625 per share for the first quarter ($1.05 annualized), which will be paid on May 15, 2020, to common shareholders of record as of the close of business on May 4, 2020. This dividend represents a 5 percent increase over the fourth quarter 2019. The company is not increasing the dividend to the $1.25 annualized that the company had earlier projected.