Marvell Technology Group Ltd. (NASDAQ: MRVL) stock surged over 10.4% on 5th March, 2020 (Source: Google finance) after the company posted better than expected results for the fourth quarter of FY 20. Marvell completed the acquisition of Avera Semiconductor, which is the Application Specific Integrated Circuit business of GlobalFoundries on November 5, 2019.  Therefore, the company’s results for the fourth quarter of fiscal 2020 and fiscal year 2020 include the results of Avera from the acquisition date. Further, on December 6, 2019, the Company has completed the divestiture of the Wi-Fi Connectivity business to NXP, from which the Company has received $1.7 billion in cash proceeds.  This divestiture has resulted in a pre-tax gain on sale of $1.1 billion.

Moreover, in December 2019, the Company had completed an intra-entity asset transfer of certain of the Company’s intellectual property to a subsidiary in Singapore. The internal restructuring is according to the global economic ownership of the Company’s intellectual property rights with the Company’s current and future business operations. As a result of the internal restructuring, the company received the income tax benefit of approximately $763 million for the fourth quarter of fiscal 2020 and for fiscal year 2020. 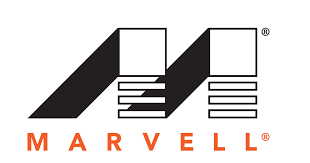 Meanwhile, the company’s customer and design had won traction in the wireless infrastructure market,  continues to grow and Nokia announced an expanded relationship with Marvell to develop multiple generations of leading 5G silicon solutions. We also announced the extension of our long-term collaboration with Samsung on the radio access network.

For the first quarter of fiscal 2021, the company expects revenue to be of $680 million +/- 5%, Non-GAAP gross margin is expected to be approximately 63%, Non-GAAP operating expenses are expected to be $310 million +/- $2.5 million and Non-GAAP diluted income per share is expected to be in the range of $0.11 to $0.17 per share. The company for the first quarter guidance has taken into account the U.S. Government’s export restriction on certain Chinese customers. Due to the ongoing uncertainty associated with the coronavirus, the company had temporarily widened the guidance range on revenue.