MTS Systems Corporation (NASDAQ: MTSC) stock lost over 16.3% on 26th November, 2019 (as of 11:10 am GMT-5; Source: Google finanxce). During the quarter, there has been 17.1% decline in the Test orders to $116.6 million compared to the same prior year period mainly due to a large order in the Test structures sector in the prior year, delays in orders from the uncertainty surrounding potential tariffs and weakness in the Americas region. This decline was partially offset by the addition of orders from the acquisition of E2M and growth in the Test ground vehicles sector. Sensors orders fell 6.4% during the quarter to $90.2 million, primarily due to timing differences related to when orders from the U.S. Department of Defense contract were funded in fiscal year 2019 versus fiscal year 2018 and weakness in the European region specific to the Sensors position sector. This decline was offset by a large order in the Sensors test sector and the addition of orders from the acquisition of Endevco. Overall, the company has reported the net income of $4.8 million compared to $10.8 million in the same period last year. 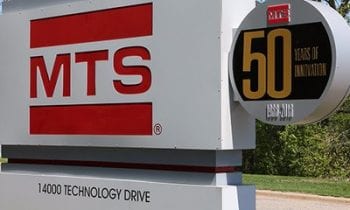 In the fourth quarter of FY 19, the firm has reported the 13.2% rise in the revenue to $224.1 million compared to the same prior year period, on the back of continued revenue growth in Test & Simulation, which included revenue from the acquisition of E2M which closed in the first quarter of fiscal year 2019. The fourth quarter also got the benefit from equipment volume growth in the materials and structures sectors and growth in Test services. Sensors reported strong revenue growth driven in part by the continued ramp-up in volume associated with the U.S. Department of Defense contract and the addition of revenue from the acquisition of Endevco which closed during the fourth quarter of fiscal year 2019, which was slightly offset by weakness in the European region in the Sensors position sector.

Moreover, the company has posted Adjusted EBITDA of $29.6 million, which is decrease of 9.4% compared to the same prior year period. The decline was mainly on the back of the $4.6 million gain recognized on the sale of one of the China manufacturing facilities in the prior year. During the quarter, the total debt has increased by $50.1 million to $512.6 million and ended the quarter with $57.9 million of cash, resulting in a net debt balance of $454.7 million.