Nordstrom, Inc. (NYSE: JWN) stock fell over 9.4% in the pre-market session of March 4th, 2020 (Source: Google finance) after the company posted lower than expected results for the fourth quarter of FY 19, forecast a 2020 profit largely below market expectations and named Erik Nordstrom as its sole CEO. The company’s net income for the fourth quarter fell to $193 million compared with $248 million, a year ago. 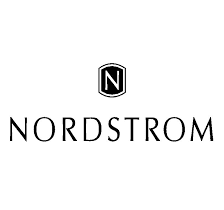 For the fiscal 2020, Nordstrom projects the net sales to grow in the range of 1.5% to 2.5%. However, the  outlook does not include any hit from the coronavirus outbreak. The company expects annual earnings per share to fall within a range of $3.25 to $3.50. Analysts were projecting the earnings to be of $3.49 a share, according to Refinitiv data.

Meanwhile, in January, Nordstrom had launched a new business venture called See You Tomorrow, where it is selling used clothing in its new flagship store in New York and on its website. In doing this, the company is hoping to mimic the success of resale start-ups such as Poshmark and ThredUp. It is also testing selling used clothing, through a partnership with Rent the Runway, in a handful of its Nordstrom Rack shops. Further, in a bid to attract new customers and hold onto existing ones, the company has been rolling out concept stores such as “Nordstrom Local,” which holds no stock and serves as pickup points for online orders and returns, while also providing personal styling and tailoring options.

Moreover, the company will rolling out the strategy in five additional markets, that includes Philadelphia, Washington D.C., Boston, Seattle, and Toronto, by utilizing the existing technology platform to give customers up to seven times more merchandise selection available next-day.

On the other hand, Nordstrom intends to shrink its board to 10 directors from 11, and establishing a new 10-year limit for members. Both of its former co-presidents, Erik and Pete Nordstrom, will remain on the board. Pete will become president of Nordstrom Inc.