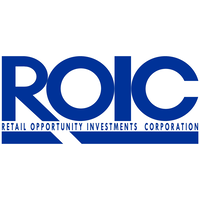 During the fourth quarter, the company has acquired the following grocery-anchored shopping center. In December 2019, the company has acquired Summerwalk Village for $11.5 million.  The shopping center is about 58,000 square feet and is anchored by Walmart Neighborhood Market. During 2019, the company had sold four properties, of aggregate $74.1 million, including one property in the fourth quarter for $13.6 million.  The company currently has an agreement to sell one property for about $13.5 million.