Sasol Limited (NYSE: SSL), an integrated chemical and energy company based in South Africa, stock surged 59.06% on April 8th, 2020 after flat number of new coronavirus deaths in the state from two days and surge in Crude oil futures. SSL stock continued its bullish momentum, rising over 2.2% on 9th April, 2020 (as of 12:14 pm GMT-4; Source: Google finance). 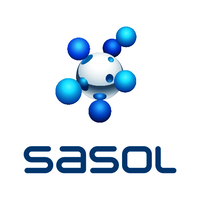 The company’s stock had earlier crashed as the crash in global oil prices added to the company’s concerns around the company’s debt levels and cost overruns at a U.S. plant. The company’s half-year earnings already showed the effects of a 9% decline in the rand-per-barrel price of crude oil and lower refining margins on the back of weaker demand during the period

In late March, the company had said that it fully supports the directives announced by South African President Cyril Ramaphosa on 23 March 2020, to deal with situation aroused  due to the spread of COVID-19 in South Africa, including a three-week country-wide lockdown from March 27, 2020 to April 17, 2020. As Sasol’s products and services are classified as essential goods and services in South Africa, the company will continue to run its South Africa-based operations during the duration of the lockdown. The company will work with the Government to ensure business continuity and uninterrupted supply of fuels and chemicals in South Africa during this period. However, the company noted that some plants need to reduce their throughput, or potentially shutdown following lower product offtake by its customers due to the lockdown.

Meanwhile, there was class action lawsuit has been filed against Sasol Limited and certain of its officers, on behalf of shareholders who had purchased SSL stock between March 10, 2015 and January 13, 2020, which is the “Class Period”. The complaint was based that that SSL had made false and misleading statements and had made insufficient due diligence into, and failed to account the multiple issues dealing with, the LCCP, as well as the true cost of the project. The company’s construction and operation of the LCCP was therefore plagued due to control weaknesses, delays, rising costs, and technical issues. These issues increased by Sasol’s top-level management, who had improper and unethical behavior with respect to financial reporting for the LCCP and the project’s oversight. All the foregoing was reasonably likely to render the LCCP significantly more expensive than disclosed and will have negative impact the Company’s financial results. As a result, the Company’s public statements were materially false and misleading at all relevant times.