Stitch Fix Inc (NASDAQ: SFIX) stock lost over 13.2% on 23rd September, 2020 (as of 10:22 am GMT-4; Source: Google finance) after the firm reported a bigger quarterly loss than anticipated despite adding clients and growing sales. Stitch Fix has 3.5 million active clients, an increase of 9% year-over-year. The net revenue per active client increased 2% year over year on an adjusted basis. The company has reported a fourth-quarter loss of $44.5 million compared to a profit of $7.2 million, in the year-ago period. 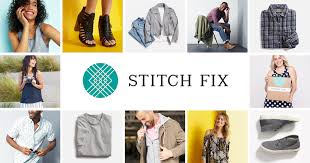 SFIX in the second quarter of FY 20 has reported the adjusted loss per share of 44 cents, missing the analysts’ estimates for the adjusted earnings per share of 16 cents, according to Refinitiv. The company had reported the adjusted revenue growth of 11 percent to $443 million in the second quarter of FY 20, beating the analysts’ estimates for revenue of $415 million. Q4 gross margin was 44.9%, which represents a 410-basis-point expansion quarter over quarter, driven by a reduction in the inventory reserve as the company stabilized the inventory position. Q4 adjusted EBITDA loss was $8.3 million and fiscal ’20 adjusted EBITDA loss was $29.1 million. Advertising was 9.9% of net revenue in Q4, compared to 9% in Q4 of ’19 and was 9.8% of net revenue in fiscal ’20, compared to 9.6% in fiscal ’19.

In fiscal ’20, the strategic investments were of total of approximately $110 million and included $68 million in stock-based compensation as the company invested in technology talent, roughly $25 million in supporting the U.K. category at it scales and nearly $15 million in one-time COVID-related expenses. Adjusted EBITDA, excluding SBC, was $11.8 million in Q4 and $38.4 million in fiscal ’20. Q4 net loss was $44.5 million and diluted loss per share was $0.44. In Q4, the company delivered free cash flow of $51.8 million and ended the quarter with no debt and $381.6 million in cash, cash equivalents and highly rated securities.