ViacomCBS Inc Class (NASDAQ: VIAC) stock plunged 17.89% on Feb 20th, 2020 (Source: Google finance) after the company reported a loss in the fourth quarter, its first as a new entity forged from the former Viacom Inc. and CBS Corp., reflecting that the merged company faces many of the same tough operating conditions as its predecessors. The company’s revenue and free cash flow guidance for 2020 was “a bit shocking” and lower than Wall Street expected. For the quarter, the company said it posted a loss of $258 million, compared to profit of $884 million, in the year-earlier period. The results included a $589 million write-down for programming and a $468 million in restructuring charges. VIAC has missed Wall Street expectations for both earnings per share and revenue for the fourth quarter. 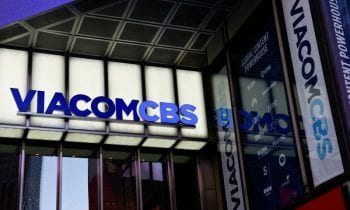 Viacom and CBS had merged to take advantage gain new traction in a media landscape that has been transformed by the rise of streaming video. The two companies individually seemed to small to compete with new giants like Walt Disney, enlarged by its recent purchase of Fox assets, or Comcast, which combined a massive cable footprint with the entertainment assets of NBCUniversal. And yet, VIAC continue to grapple with many of the challenges plaguing its larger rivals as audiences are migrating to broadband video, viewership of linear TV continues to decline, making the process of monetizing audiences more complex.

The company raised its target for post-merger cost savings to $750 million from $500 million as the company prepares for two rounds of layoffs of staffers.

ViacomCBS also revealed plans to create a new streaming video service built off of its existing CBS All Access service that will offer free, paid and a premium tier subscription service. Streaming revenue is expected to rise 35% to 40% this year and the company expects to serve about 16 million U.S. streaming subscribers in 2020, up from 11 million in 2019.

ViacomCBS said it expects revenue to improve by mid-single digit percentages during 2020 or about $29.2 billion if revenue were to rise by 5%. Wall Street analysts expected 2020 revenue to reach $29.74 billion.