Zscaler Inc (NASDAQ: ZS) stock lost over 9.1% on 4th December, 2019 (As of 9:35 am GMT-5; Source: Google finance) after the company posted better than expected results for the first quarter of FY 20 but gave mixed second-quarter and full-year earnings guidance. Billings grew 37% year-over-year to $88.3 million. Remaining Performance Obligations or RPO was of $555 million on October 31st, up 35% from $411 million one year ago. Net income in the first quarter was $4.1 million and ended the quarter with $378 million in cash, cash equivalents and short-term investments. The company has generated the positive free cash flow of $9.4 million in the quarter compared to positive $5.2 million for the same quarter a year ago. 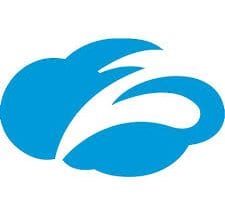 Meanwhile, ZS in Q1 had won two deals with civilian agencies each that has an annual contract value greater than $1.5 million. The first win was with a large strategic agency with an initial order for ZIA and ZPA for 15,000 mobile users to deliver secure access to applications with zero trust network access. The second agency purchased the complete ZIA and ZPA platform for all 6,800 employees for the enablement of cloud transformation to secure SD-WAN deployment for local breakouts and to provide direct access to any application from anywhere.