Enphase Energy Inc (NASDAQ: ENPH), maker of microinverter systems for residential and commercial use based in Petaluma, CA, stock plunged 26% on June 18th, 2020 but recovered over 6.2% on 19th June, 2020 (as of 10:38 am GMT-4; Source: Google finance). Prescience Point Capital Management, showed the company’s financial performance was artificially inflated. Prescience Point Capital had done on-the-ground investigation of ENPH’s India operations, that included interviewing the many former employees and industry participants, along with the detailed analysis of the company’s accounting and business practices. The firm projects that at least 39%, or $205.3 million, of ENPH’s reported U.S. revenue has been fabricated. When the firm completed its private investigation in India, ENPH executives and board members had suspiciously sold ENPH shares of total value of $120.9 million in the span of just fifteen days from June 1st to June 15th, and ENPH’s previous largest shareholder had sold its entire stake of ~11% in just one day on May 20th. 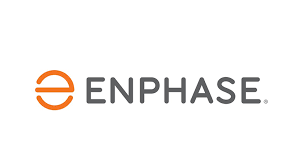 Moreover, as per the firm’s investigations, a large portion of ENPH’s astronomical growth from the past two years is driven by the accounting gimmicks that artificially inflate revenue and profits. The former employees in India have told the firm’s investigators that they believe that ENPH is utilizing an offshore finance and accounting team to undepin executives perpetrate potential accounting violations. The massive decline in ENPH’s costs of revenue per watt from Q3 2018 to Q3 2019 was of 23.6%, or 37.6% on a tariff-adjusted basis. Surprisingly that had occurred during the same time period that the company’s products were subjected to tariffs of 25%. Further, the firm had received data from large distributors of ENPH products in the U.S., that accounted for about 69.5% of the distributor market, who reported the growth in ENPH product sales were far below what ENPH has reported. Prescience Point Capital believes the evidence presented in the report should lead to multiple government investigations, a major accounting restatement, shareholder lawsuits and a delisting of ENPH shares from the Nasdaq. The firm has also urged the SEC, The Nasdaq Stock Market, Deloitte, Enphase’s Board of Directors, and other authorities to immediately open an investigation of ENPH’s accounting and disclosure practices.

Meanwhile, Bernstein Liebhard, which is a nationally acclaimed investor rights law firm, is investigating potential securities fraud claims on behalf of shareholders of Enphase Energy Inc. resulting from allegations that Enphase might have issued misleading information to the investing public.