ACADIA Pharmaceuticals Inc. (NASDAQ: ACAD) stock rose by whopping 63.24% on September 10th, 2019 (Source: Google finance) after the company said a phase 3 trial of its treatment for dementia-related psychosis met its primary endpoint. The company said pimavanserin achieved “robust statistical superiority” over placebo, with longer time to relapse of psychosis with pimavanserin compared with placebo. Acadia said the study will be stopped early based on the study’s findings. The company plans to meet with the Food and Drug Administration regarding a supplemental new drug application (NDA) submission in 2020 and the results from the HARMONY study will be submitted for presentation at upcoming medical meetings. The FDA previously granted Breakthrough Therapy Designation for pimavanserin for the treatment of dementia-related psychosis. No drug is approved by the FDA for the treatment of dementia-related psychosis.

Moreover, The firm indicates that pimavanserin is a selective serotonin inverse agonist and antagonist preferentially targeting 5-HT2A receptors. These receptors are thought to play an important role in psychosis, schizophrenia, depression and other neuropsychiatric disorders. 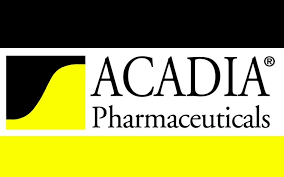 The HARMONY Study is a Phase 3 study double-blind, placebo-controlled relapse prevention trial designed to evaluate the efficacy and safety of pimavanserin for the treatment of delusions and hallucinations associated with dementia-related psychosis across a broad population of patients with the most common subtypes of dementia including: Alzheimer’s disease, dementia with Lewy bodies, Parkinson’s disease dementia, vascular dementia, and frontotemporal dementia spectrum disorders. The study included a 12-week open-label stabilization period during which patients with dementia-related psychosis were treated with pimavanserin 34 mg once daily. Dose reduction to 20 mg once daily was allowed if clinically justified within the first four weeks.

The company advised in the release that around 8 million people in the United States are living with dementia and studies suggest that approximately 30% of dementia patients, or 2.4 million people, have psychosis, commonly consisting of delusions and hallucinations. Serious consequences have been associated with severe or persistent psychosis in patients with dementia such as repeated hospital admissions, increased likelihood of nursing home placement, progression of dementia, and increased risk of morbidity and mortality.

ACADIA Pharmaceuticals states that its vision is to become the leading pharmaceutical company dedicated to the advancement of innovative medicines that improve the lives of patients with central nervous system (CNS) disorders. The company received FDA approval for NUPLAZID (pimavanserin) in April 2016, the first and only medicine approved for the treatment of hallucinations and delusions associated with Parkinson’s disease psychosis. The firm also has ongoing clinical development efforts in additional areas with significant unmet need, including dementia-related psychosis, schizophrenia, major depressive disorder, and Rett syndrome.