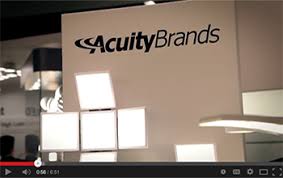 AYI in first quarter of FY 20 has reported the adjusted earnings per share of $2.13, missing the analysts’ estimates for the adjusted earnings per share of $2.21. The company had reported 10.5 percent fall in the adjusted revenue to $834.7 million in the first quarter of FY 20, missing the analysts’ estimates for revenue of $874.2 million. The fall in the revenue is due to a 16 percent fall in volume, which was partially offset due to a 3 percent net favorable change in price and mix of products sold and a contribution from acquisitions of about 2.5 percent. Further, the decline in net sales in the first quarter compared to the year ago period was driven in large part to the significant pull forward of orders last year as customers acted to avoid the impact of 2 announced price increases, one in September to help offset inflationary cost pressures and another in October due to enacted tariff increases on Chinese-made components and finished products.

Moreover, the demand in the first quarter for private nonresidential construction in general, and more specifically, lighting was soft than most market experts originally forecasted as the lighting market being down year-over-year in the low to mid-single-digit percentage range.