Why AeroVironment, Inc. (NASDAQ: AVAV) stock is under pressure

AeroVironment, Inc. (NASDAQ: AVAV) stock lost over 2.4% on 24th June, 2020 (as of 12:43 pm GMT-4  ; Source: Google finance) despite decent results for the fourth quarter of FY 20. Cash, cash equivalents and investments, at the end of the fourth quarter of fiscal 2020 stood at $317.7 million, which represents a decrease of $14.9 million from the end of fiscal 2019 of $332.6 million. The decrease in cash, cash equivalents and investments was mainly due  to the acquisition of Pulse Aerospace as well as the increased investment in the HAPSMobile joint venture. 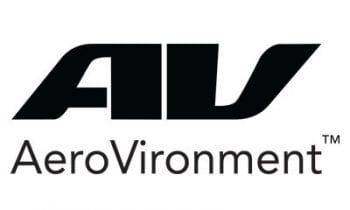 During fiscal 2020, the company had successfully completed the initial flight tests of the HAWK30 solar-HAPS system, secured the largest U.S. Army LMAMS order to date for the Switchblade system, successfully demonstrating a larger variant of Switchblade, progressing in the development of next generation autonomy capabilities and growing the international customer base to 50 allied nations. The company had reported net income attributable to AeroVironment for the fourth quarter of fiscal 2020 of $17.5 million compared to $5.7 million for the fourth quarter of fiscal 2019. As of April 30, 2020, funded backlog (remaining performance obligations under firm orders for which funding is currently appropriated to the company under a customer contract) was $208.1 million compared to $164.3 million as of April 30, 2019. Net inventory at the end of fiscal 2020 had fallen to $45.5 million compared to $54.1 million at the end of fiscal 2019 due to the significant increase in product revenue that occurred in the fourth quarter of fiscal 2020.