Why AvalonBay Communities Inc (NYSE: AVB) stock is under pressure

AvalonBay Communities Inc (NYSE: AVB) stock fell over 0.8% on 29th October, 2019 (as of 11:05 am GMT-4; Source: Google finance) after the company posted mixed results for the third quarter of FY 19. The company has reported the Net Income Attributable to Common Stockholders of $279,677,000. During the quarter, the Company had completed the development of AVA Esterra Park, which is located in Redmond, WA. AVA Esterra Park contains 323 apartment homes and was constructed for a Total Capital Cost of $91,000,000. At the end of September, 2019 (excluding The Park Loggia, discussed below), the Company had 20 Development Communities under construction that in the total are expected to contain 6,700 apartment homes and 94,000 square feet of retail space. The projected Total Capital Cost at completion for these Development Communities is $2,500,000,000. 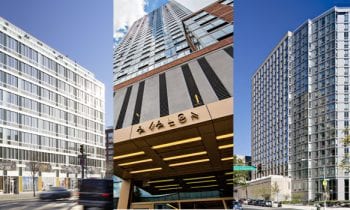 The Park Loggia (previously referred to as 15 West 61st Street), which is located in New York, NY, is a mixed-used development with the estimated Total Capital Cost of $626,000,000. The Company plans to proceed with the sale of the residential condominiums and expects to start settlement of condominium sales in the first quarter of 2020 after individual tax lots have been established for each condominium. Moreover, during the third quarter, the four communities containing 1,002 apartment homes and were sold for $259,600,000, which resulted in a gain in accordance with GAAP of $130,399,000 and an Economic Gain of $59,157,000. The sales of Archstone Lexington and Memorial Heights Villages has completed the Company’s exit from the Texas market.

On the back of the change in timing to 2020 for the first sales of condominiums at The Park Loggia and the disposition of certain wholly-owned operating communities, the Company is updating its projected EPS range for full year 2019 to be now in the range of $5.58 to $5.78, from the range provided in its July 2019 forecast of $5.78 to $5.98. The estimated Total Capital Cost of Development Rights at the end of September, 2019 has increased to $4.2 billion from $3.8 billion at June 30, 2019.