Banco Macro SA ADR Class B (NYSE: BMA) stock surged 10.98% on June 8th, 2020 (Source: Google finance) after the company in the first quarter of FY 20 has reported a 15% higher net income to Ps.7.1 billion than the previous quarter and 80% higher on YoY. This result represented an accumulated ROAE and ROAA of 27.3% and 4.9% respectively. The company posted the Operating income (after G&A and personnel expenses) was Ps.10.7 billion in 1Q20, which reflects 31% lower than in 4Q19 and 68% or Ps.4.3 billion higher than a year ago. BMA continued showing a strong solvency ratio, with an excess capital of Ps.96.4 billion, 32% regulatory capital ratio Basel III and 25.4% Tier 1 Ratio. The Bank’s liquid assets also remained at an adequate level, reaching 66% of its total deposits in 1Q20. 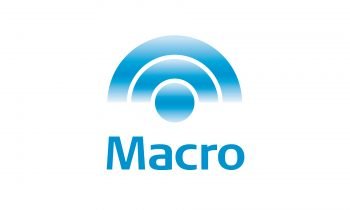 Moreover, Banco Macro’s deposit base were of total Ps.311.3 billion in 1Q20, which represents an increase of 10% or Ps.27.9 billion QoQ and declined by 23% or Ps.93.1 billion YoY and representing 80% of the Bank’s total liabilities. On a quarterly basis, both private sector and public sector deposits rose with a 7% or Ps.19.6 billion increase and a 44% or Ps.8.4 billion increase respectively. In 1Q20, the bank’s financing to the private sector had fallen by 4% quarter over quarter (“QoQ”) totaling Ps.219.8 billion

Additionally, BMA has declared to distribute as cash dividend to the shareholders the amount of AR$ 12,788,268,160, which represents AR$ 20 per share. However, the effective distribution of the dividends depends upon BCRA’s authorization, which has not yet been granted. According to the provisions of Communication “A” 6939 issued by the BCRA, the distribution of profits by financial entities is suspended until June 30th 2020. Further, the bank has repurchased the total amount of Ps.463,224,000 of Class B peso denominated notes during FY2020.