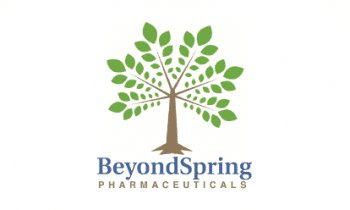 On the other hand, On July 19, 2019, BYSI had closed a public offering, which was led by Decheng Capital, of 2,058,825 ordinary shares and was offered at a public offer price of $17 per share. The company received the gross proceeds from this offer of $35 million. This is before deducting underwriting discounts and commissions and other offering expenses. The Company has planned to use the funds raised of this offering to underpin continued clinical and pre-clinical development and for general corporate purposes.

In June and July 2019, BYSI’s partially owned Chinese subsidiary, Dalian Wanchunbulin Pharmaceuticals Ltd. had signed the definitive agreements for selling its equity interests to certain investors led by Efung Capital. As per this Equity Purchase Agreements, Wanchunbulin planned to sell 4.76% of the equity of Wanchunbulin for total cash consideration of RMB 100 million, or about $14.5 million, before deducting offering expenses, to finance clinical and pre-clinical development and for general corporate purposes. To date, the Company had received RMB 70 million, or about $10.1 million, from this equity financing.

In May 2019, BYSI had signedan Open Market Sale AgreementSM with Jefferies LLC for selling common shares of the Company. This is for aggregate gross amount of up to $30.0 million, from time to time, through an at-the-market (“ATM”) facility. However, in July 2019, this facility was suspended in expectation of the public offering completed on July 19, 2019. As at the ATM’s suspension date, the Company had got total of $13 million on 620,753 common shares already sold through this facility.