Chipotle Mexican Grill, Inc. (NYSE: CMG) stock lost over 2.6% on 5th Feb, 2020 (as of 10:19 am GMT-5 ; Source: Google finance) post the company’s fourth quarter of FY 19. The company had raised menu prices and consumers bit. Net income rose to $72.4 million from $32.02 million, a year earlier. During the fourth quarter the company had opened 80 new restaurants, which is a record number of openings for a quarter, bringing total new restaurant openings for the year to 140. The company’s cash and investments stood at $909 million as of December 31 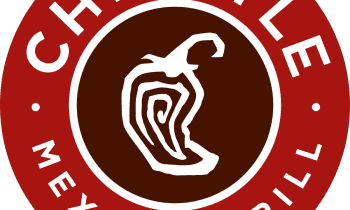 CMG in the fourth quarter of FY 19 has reported the adjusted earnings per share of $2.86, beating the analysts’ estimates for the adjusted earnings per share of $2.74, according to the Zacks Consensus Estimate. The company had reported the adjusted revenue growth of 17.5 percent to $1.44 billion in the fourth quarter of FY 19, beating the analysts’ estimates for revenue by 2.65%. The sales from restaurants open for at least 13 months increased 13.4%, beating analysts’ estimate of 9.52%, according to IBES data from Refinitiv. The Q4 comp increase was driven due to an acceleration in transactions as 8% of the comp came from greater guest visits. For the fourth quarter ended Dec. 31, digital sales grew 78.3% and accounted for 19.6% of total sales. The Restaurant level margins were of 19.2%, which had expanded 220 basis points over last year.

The company projects to deliver mid-single digit percentage growth in comparable restaurant sales this year. It plans to open 150 to 165 new restaurants in 2020. About 35% of these openings are expected to occur in the first half of 2020 compared to only 25% in the first half of last year. The company intends to open up Chipotle’s partnerships with the delivery platforms DoorDash and Postmates to allow more people to access its bowls, burritos and tacos. Chipotle also plans this year to use database marketing to personalize rewards for the 8.5 million members enrolled in its loyalty program. The company anticipate stock comp to be around $23 million per quarter.