Construction Partners Inc (NASDAQ: ROAD) stock lost over 19.38% (As of 11:23 am GMT-5  on December 10th, 2019; Source: Google finance) after the company posted lower than expected results for the fourth quarter of FY 19. The Project backlog at the end of September, 2019 stood at $531.1 million, compared to $594.4 million at September 30, 2018. The Backlog has fallen compared to the same point last year, mainly due to the Company’s strategic focus on recurring repair and maintenance projects while some of the Company’s markets were letting a project mix that included “mega projects” of the type that the Company typically does not pursue.  The backlog is anticipated to build again through the first half of the current year for several reasons, that includes a return to a normal project mix in several key markets, a gas tax increase in Alabama that took effect in September, and an acquisition that the Company completed in October in a high-growth area in Florida. Overall, in the fourth quarter of FY 19, the company reported 15.1% fall in the net income to $43.1 million. 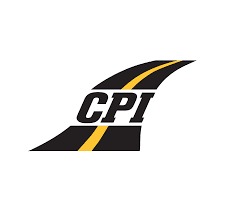 Meanwhile, during the quarter, the company had acquired Mancil’s Tractor Service, Inc., headquartered in Palm City, Florida, which will expand the Company’s geographic footprint into a high-growth area of the Florida east coast. It will add one hot-mix asphalt plant that the Company anticipates to benefit from its proximity to the Company’s recently acquired Okeechobee, Florida operation. The acquisition will help in increasing the Company’s workforce by approximately 100 employees and will strengthen the Company’s vertical integration strategy with the addition of a diverse equipment fleet capable of performing a broad range of services.