Crowdstrike Holdings Inc (NASDAQ: CRWD) stock surged over 9.7% on 3rd June, 2020 (as of 9:58 am GMT-4; Source: Google finance) after the company posted better than expected results for the first quarter of FY 21. Annual recurring revenue grew by whopping 88% to $686.1 million for the quarter, while the Street had anticipated it to be $643.1 million. The company had added $85.7 million in net new ARR, representing 65% year-over-year growth. This growth came on back of CrowdStrike’s partnership with Amazon.com Inc.’s Amazon Web Services as companies have rushed to build up new remote workspaces in the cloud, new logo additions and expansion business, coupled with low contraction in churn consistent with prior quarters. 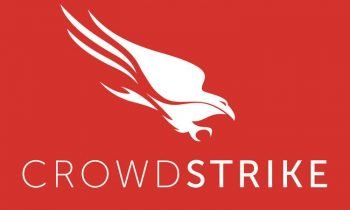 CRWD in the first quarter of FY 21 has reported the adjusted earnings per share of 2 cents, beating the analysts’ estimates for the adjusted loss per share of 6 cents, according to the analysts surveyed by FactSet. The company had reported the adjusted revenue growth of 85 percent to $178.1 million in the first quarter of FY 21, beating the analysts’ estimates for revenue of $165.4 million. Subscription revenue rose 89% comopared  Q1 of last year to reach $162.2 million. Professional services revenue increased to a record $15.9 million due to the vast majority of these services, including incident response can easily be delivered remotely. Geographically, approximately 73% of first quarter revenue came from customers in the U.S., 14% from Europe, Middle East and Africa markets, 8% from Asia Pacific and 5% from other markets. The company’s first quarter non-GAAP gross margin expanded to 75% from 70% a year ago. The non-GAAP subscription gross margin expanded to 78% compared with 73% in Q1 of last year and 77% last quarter.