Why Designer Brands Inc (NYSE: DBI) stock is under pressure

Designer Brands Inc (NYSE: DBI) stock plunged 16.29% on December 10th, 2019 after the company missed the earnings estimates for the third quarter of FY 19. Net income has totaled $43.5 million for the quarter compared to $39.3 million, last year. The sales were negatively impacted across all of the businesses by the unseasonably warmer weather throughout the country and at the DSW U.S. business, this caused the seasonal business to notably underperform other categories in the start of the quarter. The consolidated gross profit fell 1.1% for the quarter to $268 million and gross margin rate decreased 370 basis points to 28.9% versus 32.6% last year. Cash and investments had totaled $113.8 million compared to $294.3 million at the end of the third quarter last year, and reported the debt of $235 million compared to no debt outstanding at the end of the third quarter last year. The stock slightly recovered over 0.5% in the pre-market session of 11th December, 2019 (Source: Google finance). 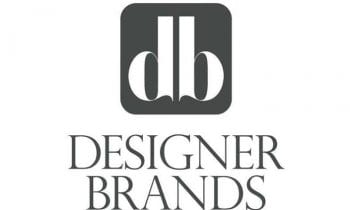 DBI in the third quarter of FY 19 has reported the adjusted earnings per share of 67 cents, missing the analysts’ estimates for the adjusted earnings per share of 74 cents, according to the FactSet consensus. The company had reported the adjusted revenue growth of 12.4 percent to $936.3 million in the third quarter of FY 19, beating the analysts’ estimates for revenue of $930 million. Same-store sales grew 0.3%, ahead of the 0.1% FactSet guidance. The gross margin had fallen 370 basis points from 32.6% last year to 28.9%. At the U.S. Retail segment, the comp sales were flat compared to last year’s comp growth of 7.3%, delivering a 2-year comp of 7.3%. The company continue to see traction in categories such as Kids that grew by 23% and athletic, up 4%. Despite pressure on the seasonal business related to weather issues, we the company posted a 3.8% comp in boots, due to an acceleration in promotional activity. The company has reported a 6.1% comp decline in men’s for the quarter, though it saw comps turn flat in October, and the company expect further improvement in spring 2020.

Additionally, the company has declared a quarterly cash dividend of $0.25 per share. The dividend will be paid on January 3, 2020 to shareholders of record at the close of business on December 20, 2019.

For fiscal 2019, Designer Brands now expects flat same-store sales compared to previous guidance for low single-digit growth. The company still expects low double-digit revenue growth and EPS to be in the range of $1.50 to $1.55 compared to previous estimate of an EPS to range between $1.87 and $1.97 per share.