Greenbrier Companies Inc (NYSE: GBX) stock surged over 12.9% on 7th April, 2020 (as of 11:24 am GMT-4; Source: Google finance) after the company posted decent results for the first quarter of FY 20. The company has reported the net earnings attributable to Greenbrier of $7.7 million, including approximately $2.2 million net of tax or $0.07 per share of integration and acquisition related expenses. The decline from Q4 is on back of expected seasonality in deliveries and syndicated units, and to a lesser extent by the operating inefficiencies. 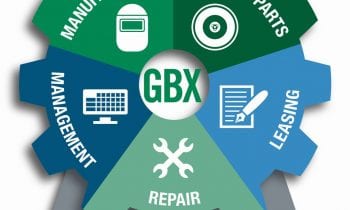 For the first quarter, the deliveries were 6,200 railcar units and the company has received orders for approximately 4,500 units, which is valued at $450 million with more than 1,000 of these came from the international markets in Europe and Brazil. Orders in the first quarter were mainly for tank cars, covered hoppers and gondolas. Though the company is operating in a weaker economic environment for freight car demand in North America, the company’s backlog worldwide remained strong at 28,500 units, which is of value $3.1 billion. Subsequent to the end of the first quarter, the company has agreed in principle to remove 575 units from backlog in exchange for financial consideration. Further, the headline performance in the quarter was less than the expected, the company continues to make solid progress in turning around previously challenged areas of the business, such as Europe and repair.

Moreover, the operating inefficiencies at one of the ARI facilities in the first quarter were exacerbated by several lost production days due to a component supplier issue and a complete disruption of gas service to the facility through the fall to the external provider. This is the first full quarter of executing on the company’s customers agreements. Some of these agreements are quite different from the typical contracts. The challenges within ARI are both isolated and familiar, similar to issues the company had been successfully fixing in Europe. The company is executing on corrective actions and the company anticipate to see a turnaround in the next three to six months. Lower deliveries from the wholly-owned manufacturing facilities for the first quarter and a higher share of deliveries came from the 50-50 joint venture GIMSA in Mexico, which limits the amount of the income that flows through to the bottom line. Most of this is just a function of timing that is expected to reverse trend in Q2 and Q3.

For FY 20, the company expects deliveries to be between 26,000 to 28,000, which includes approximately 2,000 units from Greenbrier-Maxion in Brazil, revenue to be approximately $3.5 billion, diluted EPS to be of $2.60 to $3 per share, excluding approximately $20 million to $25 million of integration and acquisition-related expenses from the ARI acquisition.