The company’s study of its breast cancer drug got halted early on “compelling evidence of efficacy.” This is in a Phase 3 confirmatory study meant to validate the promising safety and efficacy data of sacituzumab govitecan, antibody-drug conjugates. This will strengthen to resolve to complete the analysis and reporting of the final study results, thereby allowing these data to become available to physicians caring for the TNBC community in a timely fashion. The decision was taken on the unanimous recommendation by the independent Data Safety Monitoring Committee (DSMC), during its recent routine review of the ASCENT study. 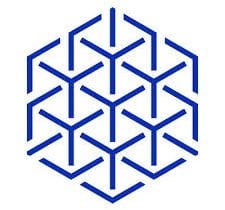 ASCENT is a Phase 3 confirmatory study that is made to validate the promising safety and efficacy data of sacituzumab govitecan that was observed in a Phase 2 study of heavily pretreated patients with metastatic TNBC (mTNBC).

A biologics license application resubmission to get accelerated approval of sacituzumab govitecan for the treatment of patients with mTNBC who have received at least two prior therapies for metastatic disease is currently under U.S. Food and Drug Administration (FDA) review, with a PDUFA target action date of June 2, 2020. The FDA had previously granted Breakthrough Therapy Designation for sacituzumab govitecan in this disease setting.

Moreover, the Company had confirmed that it has launch material secured for a successful U.S. commercial launch upon a potential FDA approval. The Company has reiterated its plan for a topline update on the full 100-patient cohort of TROPHY U-01 at a medical conference in the second half of 2020.

The company has closed the largest single-asset biologics license deal for Greater China to date in the fourth quarter, with $65 million upfront, $60 million to be received upon FDA approval, up to $710 million in additional development and sales milestone payments, and escalating royalties that begin in the mid-teens.

On the other hand, the company has appointed Harout Semerjian as President and Chief Executive Officer (CEO) and as a member of the Board, effective from April 16, 2020.