Lamb Weston Holdings Inc (NYSE: LW) stock fell over 0.9% on 8th Jan (as of 11:19 am GMT-5; Source: Google finance) post results for the second quarter of FY 21. The sales volume was down 14% in the second quarter mainly due to fry demand at restaurants and foodservice being negatively impacted following government imposed restrictions to contain the spread of COVID, as well as colder weather beginning to limit outdoor dining across many of our markets. The volume was also down as the company lap the benefit of additional shipping days related to the timing of Thanksgiving of last year. The restaurant traffic and the sales volumes in the US had stabilized at about 90% of pre-pandemic levels, although performance varied widely by sales channel. International sales were mixed but improved sequentially compared to first quarter. Price mix rose 2% due to improved price in the Foodservice and Retail segments as well as favorable mix in retail. 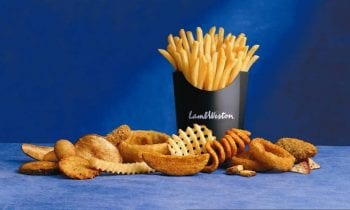 Further, the gross profit fell $62 million due to lower sales and higher manufacturing costs more than offset the benefit of favorable price mix and productivity savings. The company expects that the manufacturing cost to increase in the second quarter. This was partly due to processing potatoes from the 2019 crop through early September, which is a couple of months longer than usual. Processing older crop has resulted in increased cost due to significant higher raw material storage fees and lower recovery rates. The company continues to realize incremental costs and inefficiencies resulting from the pandemic’s disruptive effect on our manufacturing and supply chain operations.

Additionally, in the first half, the company has generated about $320 million of cash from operations, which is down about $25 million versus last year. The company has paid $67 million in dividend and recently announced a 2% increase in the quarterly dividend.