LiveRamp Holdings, Inc. (NYSE: RAMP) stock surged over 25.7% on May 22nd, 2020 ( As of 12:35PM EDT; Source: Yahoo finance) as the company has beaten the earnings estimate for the fourth quarter of FY 20. Ending ARR rose 29% year-over-year and the subscription and platform net expansion metrics were a healthy 110% and 122% respectively. The company in this calendar year, had signed into Safe Haven partnerships with over 10 leading global brands, including another top 5 U.S. retail companies in the world; carwow, the leading online automotive marketplace in the UK; and MiQ, a programmatic media platform in China. At the end of the year, the cash balance was $718 million.

Moreover, LiveRamp has 53 clients whose subscription contracts exceeded more than $1 million in annual revenue, up from 46 in the prior year period. Meanwhile, the company has recently launched LiveRamp Safe Haven, a new platform that enables secure, permission-enabled data collaboration for brands and their partners. 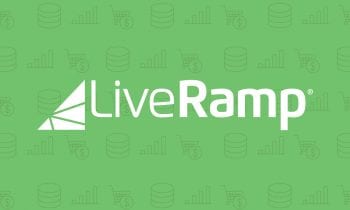 RAMP in the fourth quarter of FY 20 has reported the adjusted earnings per share of 5 cents, beating the analysts’ estimates for the adjusted loss per share of 14 cents, according to the Zacks Consensus Estimate. The company had reported the adjusted revenue growth of 35 percent to $105.7 million in the fourth quarter of FY 20. Subscription revenue grew 28% due to strong usage of the platform to support more destinations and new used cases, including measurement, advanced TV and second-party data collaboration. Marketplace and other revenue, grew by 71% due to a record data marketplace quarter. The company saw strong growth in third-party data sales in Q4 to support advanced television targeting and the consumer social program. TV-related revenues rose over 70% year-over-year. Operationally, it was also a great quarter as the company’s gross margin exceeded 70% for the first time as the standalone business.