Macerich Co (NYSE: MAC), a retail shopping Centre REIT with notable presence in the West Coast, Arizona, Chicago, and the Metro New York to Washington, DC corridor stock rose over 26.6% on 9th April, 2020 (as of 12:21 pm GMT-4; Source: Google finance). The company has recently withdrawn its 2020 guidance on the back of outbreak of COVID -19 and is not going to provide an outlook at present. As per the company’s prior guidance, the Funds from Operations per share was projected to be in the range of $3.40-3.50. Further, the company has recently borrowed $550 million, on its revolving line of credit. This, along with the cash already present with the company, has the total cash balance of $735 million. This is anticipated to offer increased financial flexibility during such uncertain times. The company has lowered its capital expenditures budget, that also includes the investment in redevelopments, on which the company had invested $1.6 billion in 12 major projects between 2010 and 2019, at a weighted average return on investment of 8.5%. 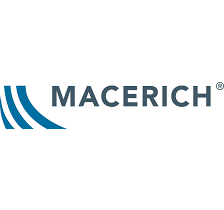 Moreover, the company few days back had reduced its dividends for the first quarter to 50 cents per share, which will be payable 20% in cash and 80% in common stock. The company in the prior quarter had paid a quarterly cash dividend of 75 cents per share for its shareholders. With this strategic step, Macerich is expected to be able to retain incremental cash of more than $98 million on a quarterly basis and approximately $400 million, in case if it is implemented on an annual basis.