McDermott International Inc (NYSE: MDR) stock plunged 63.27% on September 18th, 2019 and continued its bearish momentum falling over 22.2% on September 19th, 2019 (As of 11:36 am GMT-4; Source: Google finance) after the company hired AlixPartners LLP, for advising the company how to improve its cash flow. This step is being taken to improve its capital structure and the long-term health of its balance sheet. 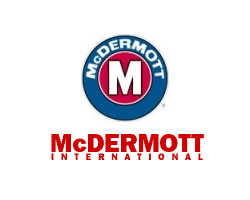 Meanwhile, MDR’s joint venture (JV) in China, Qingdao McDermott Wuchuan Offshore Engineering (“QMW”) has recently bagged a large contract in Russia’s Yamal-Nenets Autonomous Region. According to this contract, MDR will have to supply three complex modules for Novatek’s Arctic LNG 2 project. Though details of the contract value has not been declared, it is assumed that the ‘large’ ones is projected to range between $50 million and $250 million.

In this project, MDR’s joint venture with the China Shipbuidling Industry Corporation will have to carry out fabrication engineering apart from partial procurement, construction and pre-commissioning scope. Fabrication, is projected to start later this year, is anticipated to get completed in mid-2022 at QMW’s mega module workshop as it is more secure, safer and assures successful project delivery.

On the other hand, MDR has reported revenues of $2.1 billion, a net loss of $(146) million, or $(0.80) per diluted share, and an operating loss of $(61) million for the second quarter of FY19. During the second quarter of 2019, MDR had finished the sale of the APP business, the distribution and manufacturing arm of its pipe fabrication business. The company had total cash of $1 billion as at June 30, 2019, which comprised of $455 million of unrestricted cash and $568 million of availability under MDR’s revolving credit facility. As of June 30, 2019, MDR had about $1.4 billion of combined debt availability under its principal letter of credit facilities, uncommitted bilateral credit facilities and surety arrangements. MDR was in compliance with all financial covenants under its financing arrangements as of June 30, 2019.

Moreover, in the strategic area of front end engineering design (FEED), the company’s awards through the first half of FY19 are already more than double what they won in all of 2018. This year the company had booked $1.5 billion of EPC work due to FEED work that’s been done since the combination. For the Technology business, the company is forecasting the number of license sales to increase by 25% this year compared to 2018.