Why Navistar International Corp (NYSE: NAV) stock is under pressure

Navistar International Corp (NYSE: NAV) stock plummet 10.37% on December 17th, 2019 (Source: Google finance) after the company posted mixed results for the fourth quarter of FY 19. Net income for the quarter to Oct. 31 fell to $102 million from $188 million, in the year-ago period. Fourth quarter 2019 gross margin was 18.3%, which is up 0.5 point from last quarter and relatively comparable to last year, as improvements in ongoing operations and favorable segment mix between parts and truck were able to offset the sale of the Defense business and lower volumes. The company posted the Adjusted EBITDA of $219 million in the fourth quarter. 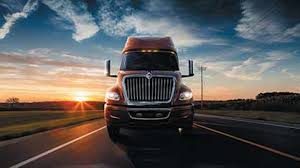 NAV in the fourth quarter of FY 19 has reported the earnings per share of $1.02, which is in line with the analysts’ estimates for the adjusted earnings per share of $1.02. The company had reported 16 percent fall in the adjusted revenue to $2.78 billion in the fourth quarter of FY 19, missing the analysts’ estimates for revenue of $2.81 billion. The revenue decline was mainly due to very strong fourth quarter 2018 vehicle charge outs following supplier production constraints in the third quarter of that year, the impact of the sale of Navistar Defense in December 2018, and lower industry demand in the quarter. Truck revenue declined by 20% to $2.11 billion, just missing the expectations of $2.15 billion, while parts revenue fell 14% to $547 million to miss expectations of $598.5 million. The revenues for the Global Operations segment were $93 million, which was flat year-over-year. The segment incurred a loss in the quarter, mainly due to $40 million in restructuring charges.

For fiscal 2020, Navistar expects revenue of $9.25 billion to $9.75 billion, below the FactSet consensus of $10.01 billion. The adjusted EBITDA is expected to be in a range of $700 million to $700 million. NAV projects to end the year with more than $1 billion of manufacturing cash after funding capital expenditures, working capital and other balance sheet items.