Nutanix Inc (NASDAQ: NTNX) stock surged over 16.4% on 26th November, 2019 (as of 11:00 am GMT-5; Source: Google finance) after the company posted solid results for the first quarter of FY 20. In the first quarter of FY 20, the subscription billings accounted for 73% of total billings up from 71% in the fourth quarter and subscription revenue now accounts for 69% of total revenue, which is up from 65% in Q4. NTNX has posted the non-GAAP gross margin in Q1 of 80%. The company posted the operating expenses of $386 million, which was at the lower end of the guidance range of $385 million to $390 million. The company has reported the non-GAAP net loss of $135 million for the quarter. NTNX has closed the first quarter with cash and short term investments of $889 million, down $20 million from Q4. The company has generated $26 million of cash flow from operations in Q1, which was negatively impacted by $10 million of ESPP outflow. Free cash flow during the quarter was negative $44 million and was also negatively impacted by the $10 million of the ESPP outflow in the quarter. 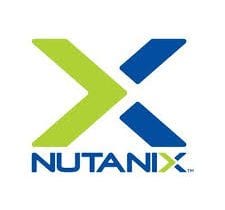 TCV revenue or software and support revenue for the first quarter has exceeded the company’s guidance range to be of $290 million to $300 million as it delivered $305 million, growing up 9% from a year ago and up 6% from the previous quarter, on the back of the revenue compression from the company’s ongoing transition to subscription and the significant reduction of hardware revenue. TCV billings or software and support billings were $370 million compared to the guidance of the range $360 million to $370 million, up 5% from the year ago quarter and up 3% from the prior quarter, also due to the billings compression from the company’s ongoing transition to subscription in a significant reduction of hardware billings.