Omega Healthcare Investors Inc (NYSE: OHI) stock rose over 5.6% on 5th May,2020 pre market session (as of 8:06 am GMT-4 ; Source: Google finance) after the company posted better than expected results for the first quarter of FY 20. The company has reported adjusted FFO of $186.2 million, for the quarter ended March 31, 2020, compared to $161.3 million, for the same quarter in 2019. The company has withdrawn the guidance for fiscal 2020.

Meanwhile, On March 27, 2020, the Company had signed into $400 million (notional amount) of 10-year interest rate swaps at an average rate of 0.8675% that expire in 2024. In March, the Company, under an abundance of caution, had borrowed about $300 million under its revolving credit facility to provide additional balance sheet liquidity. At the end of April, 2020, the Company had $618 million of outstanding borrowings under its $1.25 billion credit facility and had about $490 million in invested cash. 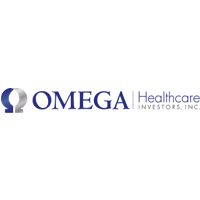 Additionally, In March, the company had authorized a program allowing the repurchase of up to $200 million of OHI’s outstanding common stock through March 2021. The company had not repurchased  shares for the period ended April 30, 2020.

The Company suspended its Dividend Reinvestment and Common Stock Purchase Plan until further notice. During the quarter ended March 31, 2020, the Company had sold 0.1 million shares of its common stock, generating $5.7 million of gross proceeds. The company has declared a common stock dividend of $0.67 per share, to be paid May 15, 2020 to common stockholders of record as of the close of business on April 30, 2020.