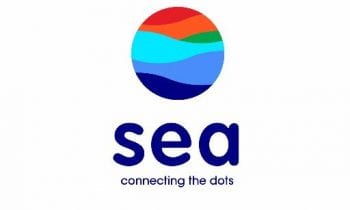 Meanwhile, the company’s self-developed global hit game, Free Fire, had celebrated its second anniversary few times ago and continues to grow across different regions. Free Fire was the highest grossing mobile game in Latin America and in Southeast Asia in the third quarter of 2019, and was ranked among the top five most downloaded mobile games globally for the third straight quarter across the Google Play and iOS App Stores combined, according to App Annie. In October 2019, Free Fire was also the highest grossing mobile game in India on the Google Play Store, according to App Annie. As of the end of October 2019, Free Fire had had reported a total cumulative adjusted revenue of over US$1 billion since launch. The company had launched Call of Duty Mobile, which is a mobile version of the classic action game of Activision, in Indonesia, Taiwan, Thailand, the Philippines, Malaysia, and Singapore on October 1. It was the considered to be the most downloaded mobile game on both the Google Play and iOS App Stores in each of these markets for the month of October, according to App Annie.

Moreover, in Indonesia, which is the largest market, Shopee had extended its leadership as the largest e-commerce platform by orders. The company had registered over 138 million orders for the market in the third quarter, which is a daily average of over 1.5 million orders, an increase of 117.8% year-on-year. Shopee also ranked first by average monthly active users and downloads in the Shopping category across the Google Play and iOS App Stores combined in the third quarter of 2019, according to App Annie. In Taiwan, the company had recorded a positive quarterly adjusted EBITDA, even after allocation of the headquarters’ common expenses in the third quarter of 2019. Shopee ranked number one in the Shopping category by average monthly active users and by downloads in both Southeast Asia and Taiwan. In Southeast Asia as a whole, and in each of our five largest markets, Shopee ranked number one by total time spent in app on Android in the third quarter, according to App Annie