Why SEI Investments Company (NASDAQ: SEIC) stock is under pressure

SEI Investments Company (NASDAQ: SEIC) stock fell over 2.9% on 24th April, 2020 (as of 11:22 am GMT-4; Source: Google finance) after the company posted mixed results for the first quarter of FY 20. The first quarterly earnings were adversely affected by the late quarter market turn down and that was triggered by the late quarter arrival of the COVID-19. The turn down in the capital markets was a major reason, which caused the non-cash asset balance under management to decline by $27.8 billion and LSV assets under management to decline by $36.6 billion. The full effect of the downturn is expected to be felt in the second quarter of 2020. 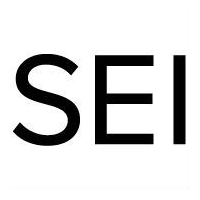 Moreover, in the first quarter, the company continued with the investment into growth generating platforms, the newest effort is One SEI, which is a large part of the growth strategy. During the first quarter, the investments in new business segment have delivered a loss of $7.5 million, which compared to a loss of $5.6 million during the fourth quarter of 2019. This increased loss is indeed due to an increase in investments mainly related to the One SEI strategy. In the first quarter, the company had capitalized approximately $6.5 million of development and amortized approximately $12.1 million of previously capitalized development.

Additionally, during the first quarter, the company had repurchased approximately 2.7 million shares of SEI stock at an average price of $52.37 per share, which translates to $127 million of stock repurchases during the quarter.