Why Starbucks Corporation (NASDAQ: SBUX) stock is under pressure

Starbucks Corporation (NASDAQ: SBUX) stock lost over 1.9% on 29th April, 2020 (As of 11:36 am GMT-4; Source: Google finance) after the company posted results for the second quarter of FY 20. SBUX in the second quarter of FY 20 has reported 47 percent decrease in the adjusted earnings per share of 32 cents, while reported 5 percent decline in the adjusted revenue to $6 billion in the second quarter of FY 20. The company has posted 660 basis points contraction in the Non-GAAP operating margin to 9.2% compared to the prior year due to sales deleverage and additional costs incurred driven by the COVID-19 outbreak, mainly catastrophe wages as well as increase in pay programs and additional benefits in support of retail store partners, inventory write-offs and store safety items. 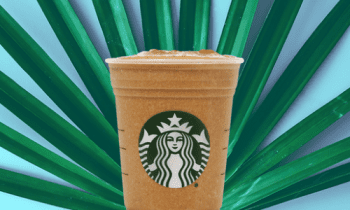 Moreover, due to the spread of the COVID-19 outbreak, the company has temporarily closed about 50% of the company-operated stores in the U.S., as well as more than 75% in Canada, Japan and the United Kingdom. In China, where the stores are company-operated, 98% are open but are operating under modified schedules and increased safety-related protocols, including limited cafe seating. Currently, about 50% of the global licensed store portfolio is also closed, with higher levels of closure in Europe, the Middle East and Africa, and lower levels of closure in Asia Pacific.