StoneCo Ltd (NASDAQ: STNE) surged over 24% on 27th May, 2020 pre-market session (Source: Google finance) after the company has seen some better conditions so far in the second quarter, after its clients struggled with shutdowns of economic activity in Brazil tied to the spread of the coronavirus in the South American country starting in March. The growth in total payment volumes improved in April and so far in May versus the second half of March, as Covid-19 hit Brazil. StoneCo has reported the net income of 158.6 million reais, down from 177 million reais in the first quarter of 2019. StoneCo cut its workforce by 20% this month as the efforts to halt the spread of the virus in Brazil hurt business activity among its customers. In TPV, the company grew 42% in the first quarter compared to the first quarter ’19, to reach BRL37.6 billion, which represents an addition of BRL11.2 billion of TPV year-over-year. StoneCo’s TPV grew more than 9% in April and around 23% in until May 23rd compared with the same periods in 2019, and the company is positioned for stronger growth in the second half of the year. 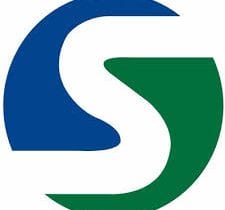 Due to the uncertain scenario, during the first quarter the company had decided to strengthen the balance sheet which affected financial expenses. The current liquidity ratio has improved to 1.7 in the first quarter and the cash position increased by 43% year-over-year and a little over BRL20 million compared to last quarter, reaching almost BRL4 billion at the end of March. This has enabled the company to maintain the working capital solutions to the clients and become a liquidity safe harbor to them.

The company had reported 38.3 percent rise in the adjusted revenue to 716.8 million Brazilian reais ($130.3 million) in the first quarter of FY 20, beating the analysts’ estimates for revenue of 685 million reais, according to Analysts polled by FactSet. The company’s operating costs and expenses were 46.8% of revenue in the first quarter compared to about 40% last quarter. The adjusted net margin had fallen to 22.6% in the quarter compared to 35% in previous quarter and also last year. The adjusted free cash flow was negative BRL122 million in the first quarter 2020 due to BRL100 million in prepaid marketing expenses from TON to Globo and an eight-day undue temporary tax withholding of BRL53 million.

The company expects to report a pretax profit margin, following certain adjustments, of 20% to 24% in the second quarter.