SYNNEX Corporation (NYSE: SNX) stock surged over 8.1% on 9th January, 2019 (Source: Google finance) after the company posted better than expected results for the fourth quarter of FY19 and said it would split into two publicly traded companies. The company has reported fourth-quarter net income of $176 million, compared to $115.2 million in the year-ago period. At the end of Q4, between the cash and credit facilities, SYNNEX had approximately $2.2 billion in liquidity available to fund growth. 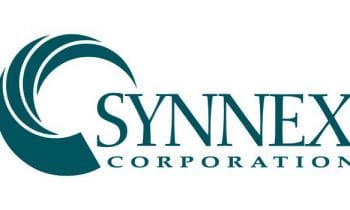 Meanwhile, Synnex intends to split into Synnex Technology Solutions, which will handle IT distribution and services, and Concentrix, a customer experience solutions company, with the split expected to close in the second half of 2020. The capital structure of each segment will be detailed in the Form 10, which is expected to be file in February, however, given early indications from financial partners, the company anticipate that both segments will exit separation with strong capital positions resulting from continued operating performance and cash flow generation

SNX in the fourth quarter of FY19 has reported the adjusted earnings per share of $4.26, beating the analysts’ estimates for the adjusted earnings per share of $3.61, according to analysts surveyed by FactSet. The company had reported the adjusted revenue growth of 19 percent to $6.58 billion in the fourth quarter of FY19, beating the analysts’ estimates for revenue of $5.99 billion. The consolidated gross profit dollars totaled a record $795 million, which is up 21% or $140 million compared to a year ago and gross margin was 12%, which is an improvement of 27 basis points from the prior year quarter. Non-GAAP operating income was $338 million, which is an increase of 26% year-over-year. Non-GAAP operating margin of 5.1% was a 31 basis point expansion from the prior year period.