Teradyne, Inc. (NASDAQ: TER) stock rose over 9.6% in the pre-market session of 23rd January, 2020 (as of 5:56 am GMT-5; Source: Google finance) after the company posted better than expected earnings for the fourth quarter of FY 19 & gave upbeat outlook for first-quarter. The company has reported fourth-quarter net income of $136.8 million, compared to $143.8 million, in the year-ago period. The company has delivered revenue and profits above plan in the fourth quarter on the back of higher than expected memory and wireless test demand combined with continued 5G infrastructure test demand. For the full year, the company had increased total company revenue by 9% and non-GAAP earnings by 21. Despite the headwinds in global industrial automation investment, Universal Robots posted the growth in the revenue by 6% for the year and MiR grew 43% on a pro-forma basis. In Q4, the company had strengthened the IA portfolio with the addition of AutoGuide and their innovative autonomous mobile forklifts and tuggers to the line-up of easy to deploy, safe, and fast ROI automation products. 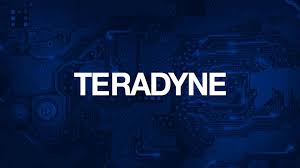 Additionally, the company has also increased the March 20-payable quarterly dividend 11% to 10 cents a share and approved a buyback of up to $1 billion in shares, of which a minimum of $250 million will be bought back in 2020.