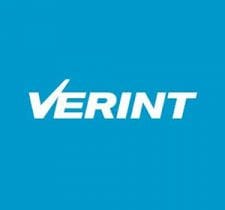 For fiscal 2020, the company expects non-GAAP revenue guidance for Customer Engagement to be of approximately $900 million revenue, which reflects 11% growth year-over-year. In Cyber Intelligence, the non-GAAP revenue guidance is adjusted to $460 million for the year. The company has maintained the non-GAAP EPS guidance to be of $3.65 for the year reflecting year-over-year EPS growth of 14%. Overall, non-GAAP consolidated revenue for fiscal ’20 is projected to be $1.36 billion plus or minus 2%.

Meanwhile, VRNT has unanimously approved the proceeding of a plan to separate Verint into two independent companies. One of which will consist of its customer engagement business, and the other will comprise of its cyber intelligence business. Verint anticipates to complete the separation shortly after the end of Verint’s next fiscal year ending January 31, 2021. The completion of the transaction is after fulfilling of certain customary conditions, that includes final approval of the Verint Board of Directors, receipt of tax opinions from counsel as well as rulings from the Internal Revenue Service and the Israeli Tax Authority with respect to tax treatment to Verint and its shareholders, and effectiveness of a registration statement to be filed with the U.S. Securities and Exchange Commission. However, the separation does not require a shareholder vote. Further, Apax Partners (the “Apax Funds”), which is a global private equity advisory firm, have planned to invest up to $400 million in Verint, after receiving the required regulatory clearances. The investment will be done in the form of convertible preferred stock in two tranches of $200 million each.

Additionally, the company has authorized a new share repurchase program in which it will repurchase up to $300 million of common stock over the period ending on February 1, 2021 (on or shortly before the planned business separation). The repurchases are projected to be financed with the proceeds of the first tranche of the Apax Funds investment and available cash, that also includes the possible borrowings under the revolving credit facility.