W.R. Berkley Corp (NYSE: WRB) stock surged over 11.3% on 23rd October, 2019 (as of 9:32 am GMT-4; Source: Google finance) driven by better third quarter of FY 19 on the back of the accelerated growth in net premiums written of almost 8% to approximately $1.75 billion, which is an improvement in the current accident year combined ratio, excluding CAT losses and higher foreign currency gains. Therefore the company posted the net income increase over the prior year to $165 million. The growth in net premiums written was due to all lines of business with the exception of workers’ compensation, that continue to experience favorable frequency trends and rate pressure by the rating bureaus. Premiums increased by 5.1% to $1.5 billion in the Insurance segment led by an 11.9% increase in professional liability, 11.2% increase in other liability and approximately 4% rise in commercial automobile and short tail-lines. The company has also grown the net premiums written by almost 31% to approximately $220 million in the Reinsurance and Monoline Excess segment. The growth was in both property and casualty reinsurance. 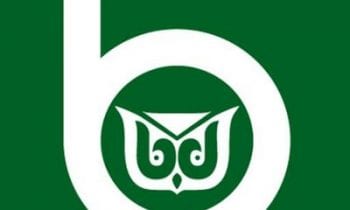 WRB has reported the adjusted earnings per share of 84 cents in the third quarter of FY 19, beating the analysts’ estimates for the adjusted earnings per share of 66 cents. Pre-tax underwriting profits has grown by more than 61% to $107 million compared with $66 million a year ago on the back of mainly an increase in net premiums earned 4.6%, particularly in areas that the company expect to be more profitable and lower underwriting expenses compared to the growth in net premiums earned.

But, the core investment portfolio was relatively flat quarter-over-quarter. The net investment income fell due to lower investment fund income. These investments generally reflect market value adjustments and can create a degree of variability from quarter-to-quarter as was evidenced by the $19 million reported in the third quarter 2019 compared to $41 million in the year ago quarter. Further, the accident year combined ratio excluding catastrophe losses was 91.9% in the third quarter.

Additionally, Stockholders’ equity has increased to about $6.1 billion. Since the beginning of the year book value per share has increased 13.7% before dividends. The return on equity for the third quarter on an annualized basis was 12.2% on net income. Finally, the company has strong cash flow from operations in the third quarter of $392 million as well as year-to-date with almost $800 million.