Workhorse Group Inc (NASDAQ: WKHS) stock surged 46.57% on 29th June, 2020 and continued its bullish momentum on 30th June, 2020 rising over 22.5% (as of 30 Jun, 10:00 am GMT-; Source: Google finance) as the company got added to the broad-market Russell 3000 Index at the conclusion of the annual reconstitution of the Russell indexes which got effective from June 29, according to the FTSE Russell website. Russell indexes are generally used by investment managers and institutional investors for index funds and as benchmarks for active investment strategies. Approximately $9 trillion in assets are benchmarked against Russell’s U.S. indexes. Russell indexes are part of FTSE Russell, which is a leading global index provider. Further, the annual Russell indexes reconstitution consists of the 4,000 largest U.S. stocks as of May 8, which is ranked according to total market capitalization. The membership in the U.S. all-cap Russell 3000 Index, which is there for one year, means automatic inclusion in the large-cap Russell 1000 Index or small-cap Russell 2000 Index as well as the appropriate growth and value style indexes. The company continues to remain on track for an 8-day win streak. The stock has more than tripled (up 253%) during its current winning rally and increased Workhorse’s market capitalization to $1.03 billion. An 8-day win streak would be the longest since the 8-day stretched ending July 15, 2019. 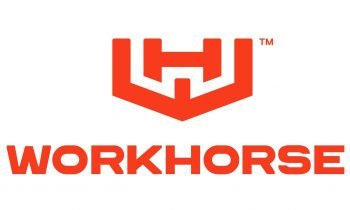 Moreover, the company had very recently announced that it had “successfully completed Federal Motor Vehicle Safety Standards” testing for its C650 and C1000 all-electric delivery vans. The ecommerce giant Amazon.com Inc. has announced a deal to buy self-driving technology company Zoox, with analysts estimating a purchase price of over $1 billion, according to an Associated Press report.