Yext Inc (NYSE: YEXT) stock fell over 10% in the pre-market session of March 4th, 2020 (Source: Google finance) after the company posted lower than expected results for the fourth quarter of FY 19. For the fourth quarter, net loss had risen from $15.5 million a year-ago to $30.6 million this quarter. The number of structured facts, which is an indication of engagement and usage exceeded $277 million, that posted growth of 49% from the year-ago quarter. And during the fourth quarter, the company had signed the largest international enterprise deal in the history of the company with Accor Hotels, the single largest hospitality company in Europe and sixth largest worldwide with more than 4,800 hotels. During the fourth quarter, the company had also signed contracts with leading brands like First Citizens Bank, Good Year Tire, The Vanguard Group, and the company expanded and renewed contracts with amazing brands like Great Clips and Hilton and Wendy’s. The company had also added logos such as Alshaya, Furla, Fendi, Lavazza, Societe Generale and Moncler and significant expansions at Luxottica, Chanel and Gucci. The company had generated cash and cash equivalents of $256.1 million as of January 30, 2020. 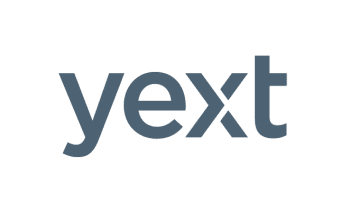 Moreover, the company had closed 236 deals with at least a $100,000 in total contract value compared to 169 in the same period last year. That’s 40% more, including 25 deals that resulted in at least $1 million of total contract value, including new logos and renewals of existing customers. The total number of customers have risen 38% year-over-year to now over 1,900, excluding the SMB and third-party reseller customers.