Zuora Inc (NYSE: ZUO) stock surged over 20.5% in the pre-market session of June 4th, 2020 (Source: Google finance) after the company posted better than expected results for the first quarter of FY 21 and also provided solid guidance for the next quarter that matched Wall Street’s expectations. ZUO in the first quarter of FY 21 has reported the adjusted loss per share of 6 cents, beating the analysts’ estimates for the adjusted loss per share of 10 cents, according to analysts surveyed by FactSet. The company had reported the adjusted revenue growth of 15 percent to $73.9 million in the first quarter of FY 21, beating the analysts’ estimates for revenue of 69.5 million. During the quarter, subscription revenue rose 20% to $56.9 million and Professional services revenue increased to $17 million as customers continue to deploy the mission-critical solutions. The company delivered the total non-GAAP gross margin of 60%, an increase of 3 percentage points compared to the prior quarter. The company had incurred the Non-GAAP operating loss of $7.7 million as the company realized lower expense in areas including T&E and data center costs. 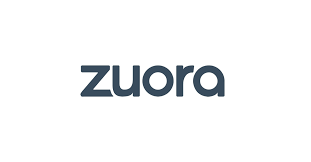 Moreover, in the first quarter of FY 21, the company had launched Zuora Revenue, which is an updated version to RevPro, fully integrated with Zuora Billing in the entire Zuora order-to-revenue suite of applications. The company has 42 customers to go live on the solutions. The company has launched the Subscribed Strategy Group to provide customers with guidance on how to win in the Subscription Economy. Recently, the company had released the new platform Zuora Central, which includes all of the data query, custom objects, sandbox tools and audit trail functionality. In the last week of the quarter, the company had announced the hiring of Todd McElhatton as the new CFO starting in just a few weeks.