WTI crude oil is still consolidating inside its descending triangle on the hourly time frame but is once again testing support. A break lower could set off a downtrend that’s the same height as the chart pattern.

The triangle spans around $91 per barrel to $111 per barrel, so the resulting selloff might last by around $20. Technical indicators are giving mixed signals, though.

The 100 SMA is below the 200 SMA to indicate that the path of least resistance is to the downside or that support is more likely to break than to hold. However, stochastic is already turning higher after indicating oversold conditions, suggesting that bullish pressure could return.

RSI is also hovering close to the oversold area but has a bit of room to move south before reflecting exhaustion among sellers. If support holds, crude oil could bounce back up to the resistance around $96 per barrel near the moving averages. 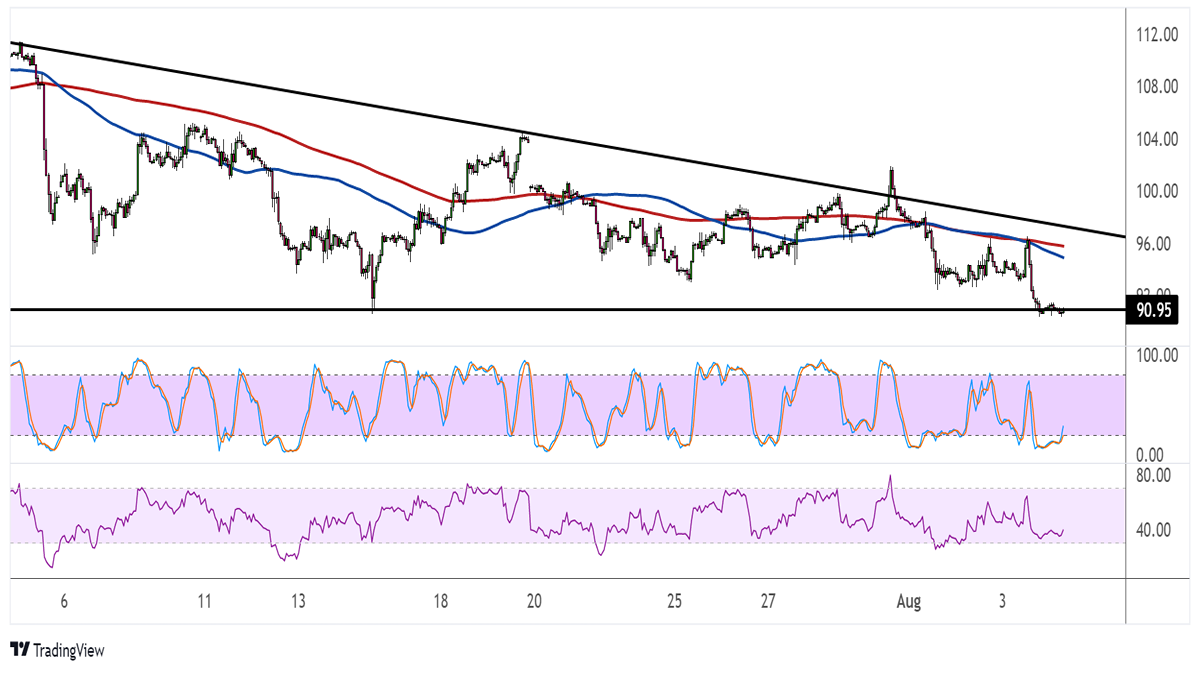 Crude oil is under weak footing after the Department of Energy reported a surprise build of 4.5 million barrels instead of the projected draw. Also, the OPEC+ said that it would raise its output target by 100,000 barrels per day in order to ramp up global supply, thereby weighing on prices as well.

The upcoming NFP release might be the next major catalyst for crude oil price action since the jobs report tends to impact market sentiment overall. A strong read could cement another 0.75% Fed rate hike, which might be bearish for commodities in general.

On the other hand, a weaker figure as suggested by leading indicators could give the Fed enough reason to slow down its tightening cycle. This might be supportive of business and consumer activity in the coming months, which would then prop up demand for fuel and energy commodities like crude oil.