WTI crude oil might be due to resume its climb soon as price finds support at the rising trend line and area of interest on the daily time frame. The Fibonacci extension tool shows potential upside targets.

Stochastic is already indicating oversold conditions or exhaustion among sellers, so turning higher would mean a return in bullish pressure. RSI also seems to be bottoming out and pulling higher to signal that buyers are returning.

A spinning top has formed right on the rising trend line and 100 SMA dynamic inflection point, so the daily candle closing above the high could confirm that a bounce is due. 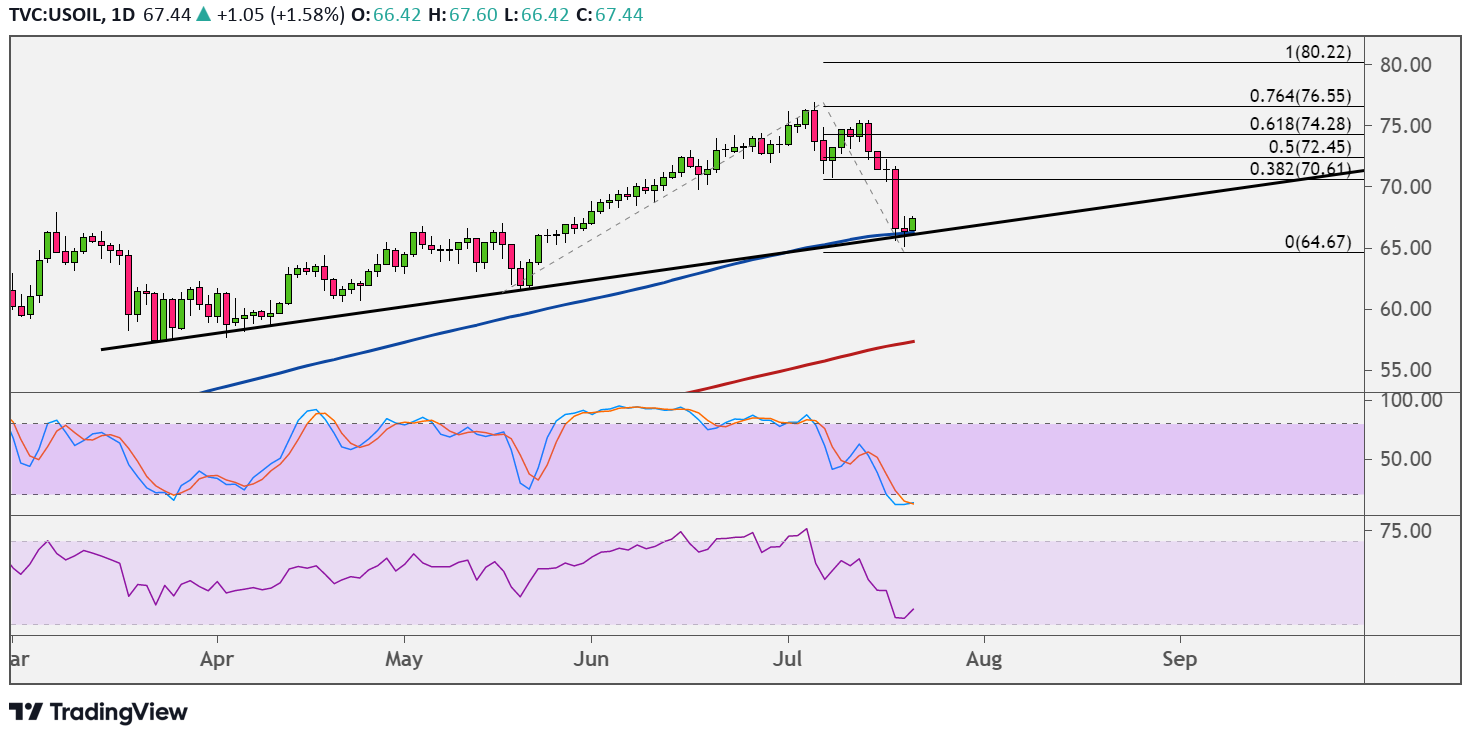 WTI crude oil has been under downside pressure on renewed concerns about the COVID-19 virus, particularly the Delta variant. Speculations that more lockdown measures might be announced appear enough to weigh on the commodity price.

The upcoming EIA inventory report might show a smaller reduction in stockpiles, reflecting weaker demand or higher supply. Note that the OPEC+ agreed to increase production by 400K barrels per day by August as prices have stabilized.

A larger than expected draw might still mean more upside for the commodity while a surprise build could draw sellers back in. Analysts are expecting a reduction of 4.6 million barrels for the EIA report, after the earlier 7.9 million barrel drop, but the API report printed a surprise 806K gain in stockpiles.

Sustained risk-off flows as investors focus on reimposed lockdown measures and worsening case counts could be enough to weigh crude oil prices back down. A break below the trend line support could spur another wave lower.