WTI crude oil fell through the bottom of its ascending channel support to confirm that a reversal from the uptrend is in order. Price has also confirmed a bearish flag pattern, so a selloff that’s the same height as the mast is due.

However, technical indicators are suggesting that buyers could use a break. Stochastic is already indicating oversold conditions or exhaustion among sellers, although it has yet to turn higher to confirm a pickup in bullish momentum.

RSI is also in the oversold region to signal that bearish pressure is fading and that buyers could take over soon. If that happens, crude oil could retest the broken channel bottom around $110 per barrel.

The 100 SMA is also above the 200 SMA to show that the path of least resistance is to the upside or that the climb might still be able to resume. However, both moving averages appear to be turning lower and closing the gap to reflect slowing bullish momentum. 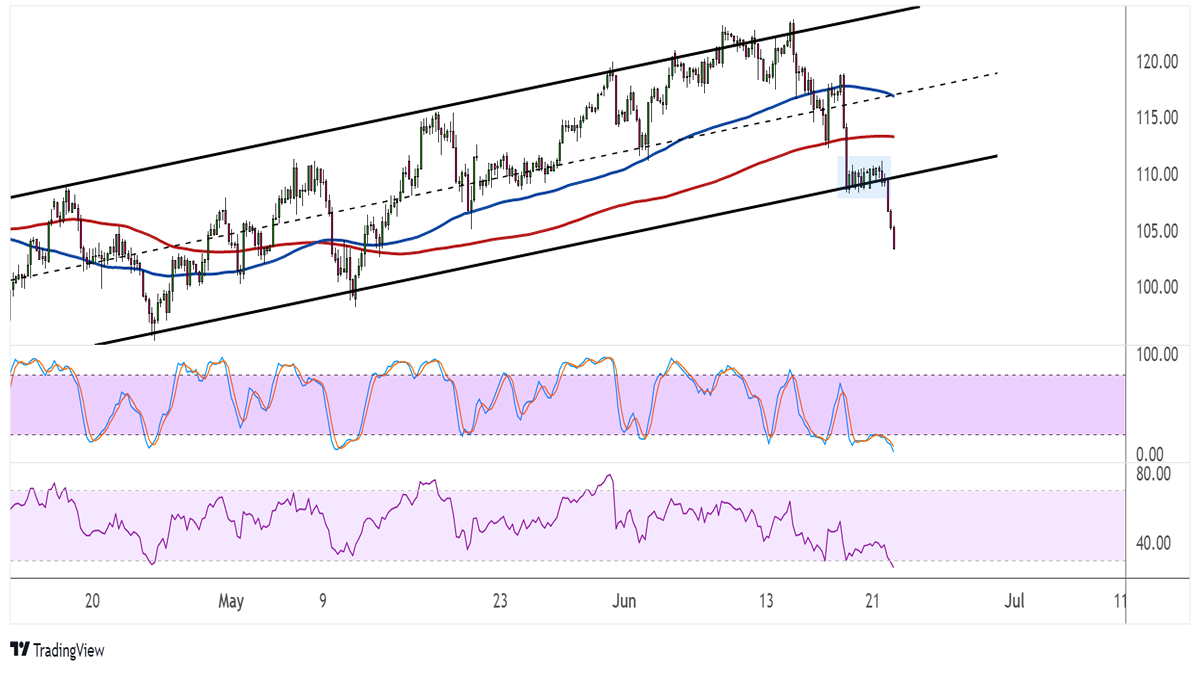 Crude oil returned more of its recent gains, as investors’ fears of a recession eased and US President Biden pushed for cuts on fuel costs. He is expected on Wednesday to call for temporarily suspending the 18.4-cents a gallon federal tax on gasoline, a source briefed on the plan told Reuters.

In addition, seven oil companies are set to meet Biden on Thursday, under pressure from the White House to drive down fuel prices. Pushing through with a cap on fuel costs could mean more downside for the commodity in the near-term, although longer-term fundamentals still look bullish.

Note that the European region is working on reducing its reliance on Russian oil, so a supply crunch remains a concern. The upcoming inventory reports from the API and EIA would likely impact crude oil price action throughout the week as well.