WTI crude oil is trending higher on its 4-hour time frame, and price seems to have found buyers at its mid-channel area of interest. The Fibonacci extension tool shows the next potential upside targets.

The 100 SMA is above the 200 SMA to indicate that the path of least resistance is to the upside or that the uptrend is more likely to gain traction than to reverse. Price also found support at the 100 SMA dynamic inflection point.

Stochastic seems to be on the move up, adding confirmation that buyers are ready to regain the upper hand from here. A larger correction, however, could reach the channel bottom near the $104 per barrel level. 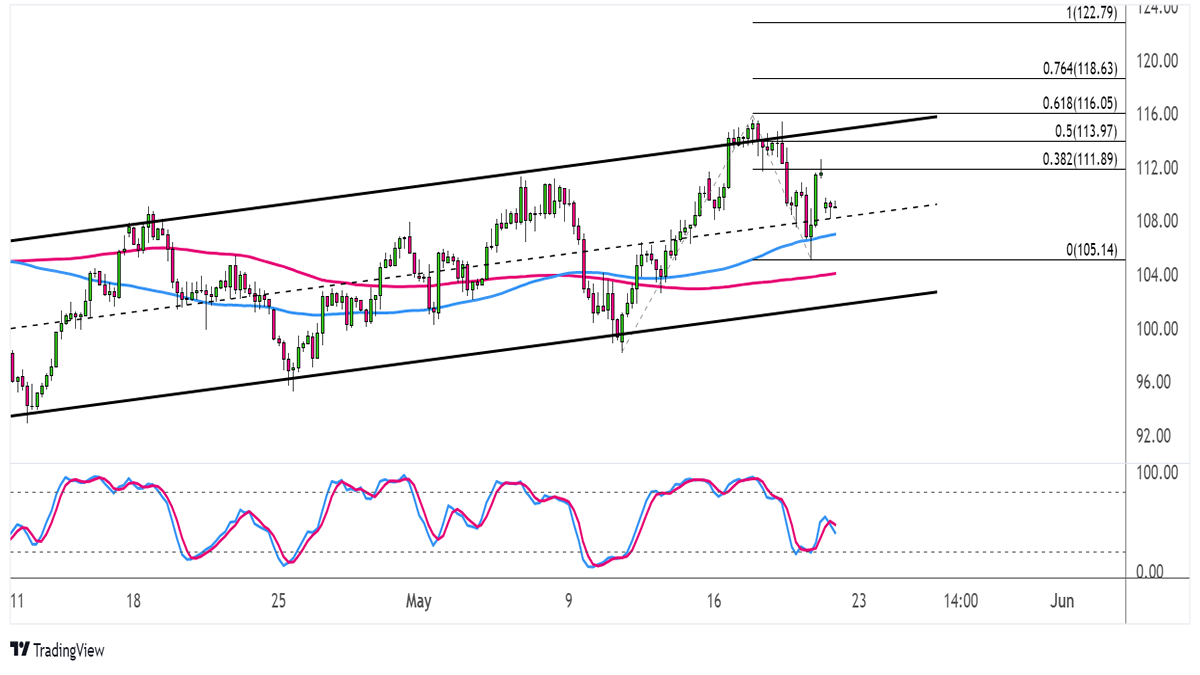 Crude oil drew some support from the surprise draw in stockpiles reported by both the American Petroleum Institute and the Energy Information Administration. This suggests that demand remains elevated while producers struggle to keep up with output.

Also, rising demand from Europe could keep purchases supported in the near-term while the region scrambles to find alternative supplies before a full embargo on Russian fuel. However, delays in this regard might mean some downside for the commodity.

Risk-off flows spurred by recession fears could also keep a lid on crude oil rallies, especially as traders price in the possibility of supply chain issues once more. Higher borrowing costs intended to keep inflation in check might also wind up dampening business and consumer activity.