WTI crude oil continues to trend higher on its 1-hour chart as price tests the top of the ascending channel on the 1-hour time frame. A bounce off this level could spur a pullback to nearby support areas where buyers might be waiting.

The 100 SMA is above the longer-term 200 SMA to confirm that the path of least resistance is to the upside or that there’s a chance for the top of the channel to break. In that case, a steeper climb could follow.

However, stochastic is already indicating overbought conditions or exhaustion among buyers, and turning lower could mean that sellers are returning. RSI is heading up but also closing in on the overbought region to suggest a potential return in selling pressure.

If that happens, crude oil could still retreat to the channel bottom around $42.50 per barrel or at least until the mid-channel area of interest at $43 per barrel. 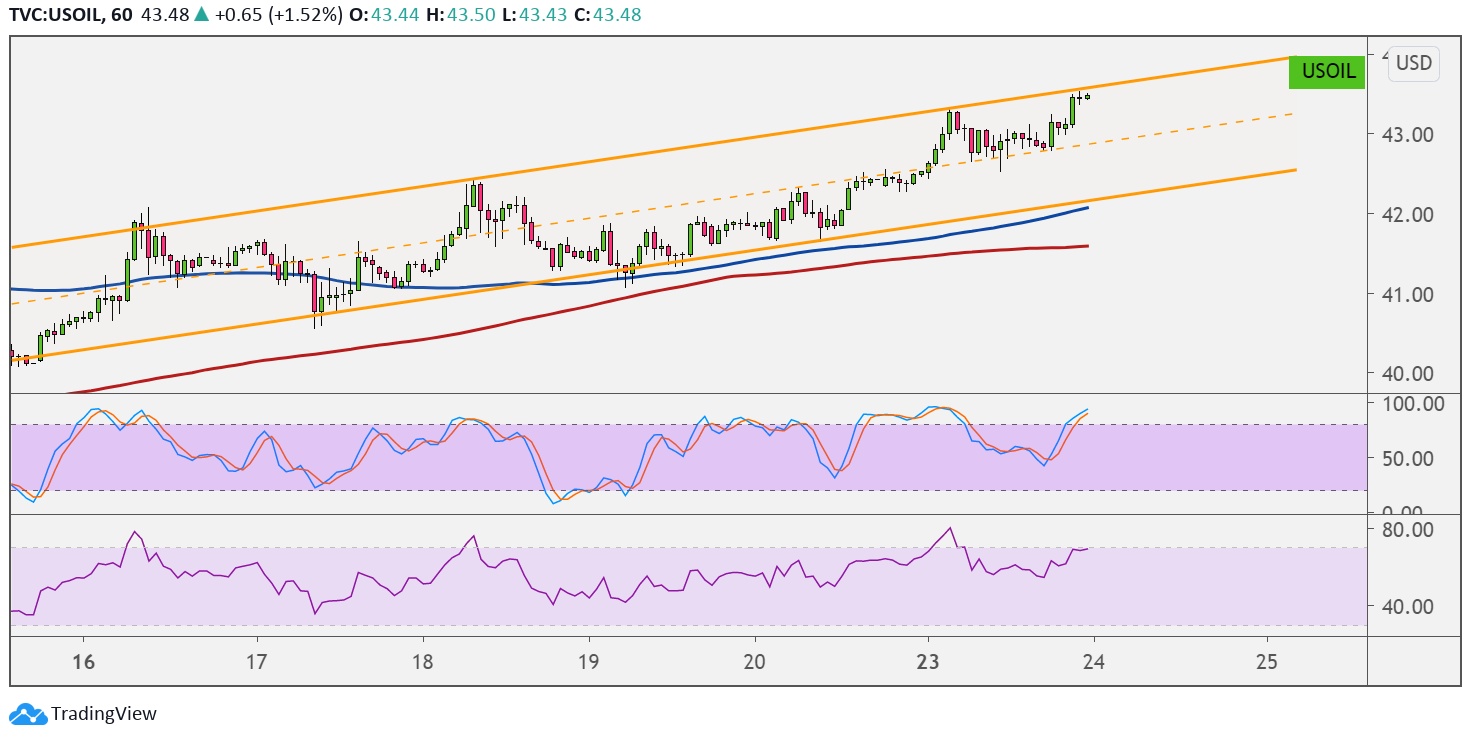 Crude oil appears to be drawing support from positive vaccine updates, which could mean that lockdown measures and other restrictions could be lifted soon. This could bring in stronger demand for fuel and energy commodities, as well as lift business sentiment and appetite for higher-yielding assets.

Keep in mind, however, that the number of confirmed cases in the US continues to rise and that several parts of Europe have imposed tougher lockdowns to curb the spread of the virus.

The upcoming inventory reports from the Energy Information Administration could provide more insight on supply and demand conditions, with a draw in stockpiles likely resulting to more gains for the commodity and a build possibly leading to losses. The previous report indicated a build of 0.8 million barrels, so a larger build this time could put some downside pressure on the commodity.