WTI crude oil recently broke to the upside of its symmetrical triangle consolidation pattern on the 4-hour time frame, indicating that further gains are in the works.

Price has already rallied by roughly the same height of the triangle but could be in for a longer climb as the pattern appears to be part of a bullish flag formation. In that case, crude oil could climb by the same height as the mast, which spans around $34 per barrel to $42 per barrel.

The 100 SMA just made a bullish crossover above the 200 SMA to confirm that the path of least resistance is to the upside. Price is trading safely above both moving averages, so these could keep holding as dynamic support on dips.

Stochastic is indicating overbought conditions, though, so sellers could return while buyers take a break. This could spur a correction to nearby support levels such as the top of the triangle or the dynamic support at the moving averages around $40 per barrel.

RSI is also in the overbought zone to reflect exhaustion among buyers, and turning lower could confirm a return in bearish momentum. 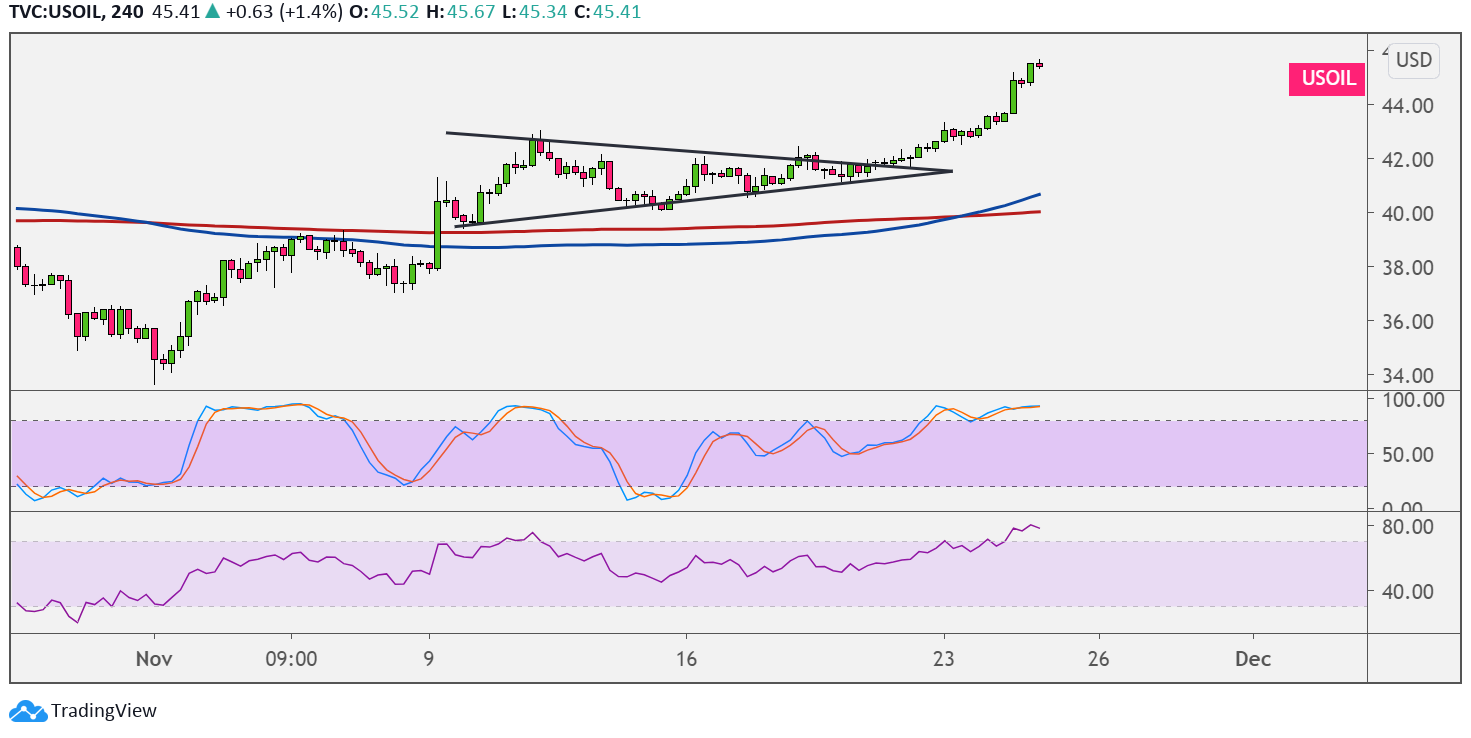 Crude oil has been able to take advantage of risk-on flows as traders turn their attention to vaccine developments from Pfizer, Moderna and Astra Zeneca. This increases hopes that business conditions could return to normal soon, propping up demand for fuel and energy commodities.

The upcoming inventory report could also provide more volatility, although the freshly released API figures revealed a build of 3.8 million barrels in stockpiles. Analysts had expected an increase of only 127,000 barrels, following the earlier build of 4.174 million barrels.

This could mean that the EIA report would also show a build in stockpiles, keeping traders wary of low demand conditions and a potential build in supply.