ZTO Express (Cayman) Inc (NYSE: ZTO) stock fell over 1.6% in the pre-market session of 19th November, 2019 (as of 7:05 am GMT-5; Source: Google finance) after the company’s third quarter of FY 19 update.  The gross margin rate declined by one percentage point to 30.3% from 31.3% year over year, driven by parcel volume growth, increase in volume incentives and cost productivity gains. 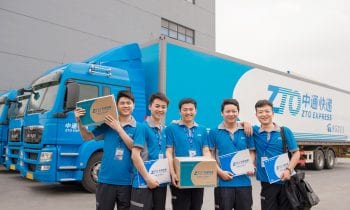 There has been 26.8% growth in the revenue from express delivery services compared to the same period of 2018, mainly on the back of a 45.9% rise in parcel volume and partially offset by a 13.2% declne in unit price per parcel mainly for incremental volume incentives in response to competition. The company posted 5.8% fall in the revenue from freight forwarding services compared to the same period of 2018. There has been growth in revenue from sales of accessories, which was in-line with the increase in the sale of thermal paper used for the printing of digital waybills.

Additionally, in November 2019, ZTO has announced a new share repurchase programd to repurchase its own Class A ordinary shares in the form of ADSs of total value of up to US$500 million during an 18-month period thereafter. At the end of September, ZTO had purchased an aggregate of 7,716,436 ADSs at an average purchase price of US$17.33.